I am a real whisky woman, are you?? 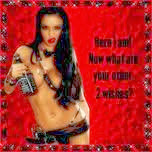 After losing my shit over twitter yesterday at one, yes one of the many whisky companies using social media to market their wares I received many comments as well as many retweets at how frustrating it is to watch the marketers totally overlook the real women of whisky! By the way, that is a real ad, google whisky woman and that's what appears!?  Sigh...

So what is a real whisky woman: She is educated. A recent pole I did showed that on average she is a university graduate who is about 35-55 years old AND the kicker: She spends (that's disposable income, Mr. & Mrs. Marketing person) about $200 month on whisky. Yes, almost $2500/year on whisky.  So... why? Why is this demographic not tapped into? Why are marketing people not "getting" that?
Why are they targeting the 20's something college cutie who likes to drink a nice spiced cinnamon whisky liqueur? Because that's what is HOT right now. Droves of young women rushing to their liquor store buying flavored whisky liqueurs. It's cheap and it doesn't taste like whisky but it sure has the appeal of drinking something "whisky'ish" doesn't it? Seems to me that marketers think these women are using this as a stepping stone into the whisky field: "It's the next logical step, isn't it? They like flavored whisky so it only makes sense they will move to whisky, right?" I think that's where they are wrong. This is a trend. Vodka was a trend as were fruity coolers and martinis. Makes money NOW... but eventually they fizzle out. Real whisky women are still too small of a demographic for big corporate businesses to waste their time on. How sad because whisky drinkers, "real ones" stay with this choice for years, most of their lives in most cases. And in passing:  Not ONE woman I know that drinks whiskies started by drinking flavored whisky liqueurs. NONE! Wouldn't it make sense to market to the younger demographic and keep them for most of their lives?

It appears to me that the marketing scheme for most of the these brands is men = aged, smart, dashing and sophisticated.  Women = Sexualized to lure men or "booth bunnies".

But hell what do I know, I'm not in marketing?

This came to mind last night as I made supper and sipped at a whisky. It's a bit of a take on the I am canadian rant...

I am a real whisky woman