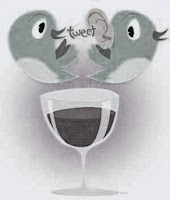 Many will complain there are TOO MANY twitter tastings taking place. On the date of this being published, there are 2 to 3 a week. I suppose for most people just sitting on the sidelines that could be quite frustrating considering the twitter sphere blows up and is "busy" with hashtag, tasting notes and conversation for 2-3 hours. But for the people taking part, it can be lots of fun trying new whiskies and being engaged in fantastic conversations. I love good twitter tastings and I've been very fortunate to be one of the few North Americans who gets to take part in the UK tastings. This year I was fortunate enough to be a part of: Compass Box, Balblair, Mackmyra, Tomatin and Wemyss.

The last one especially - Wemyss, was so much fun because it was a surprise. My good friend Dave Worthington (@whiskydiscovery) was super kind and sent me 1/2 of the samples he received for their twitter tasting but we kept it a surprise. The day of the tasting I joined in and we had a blast. 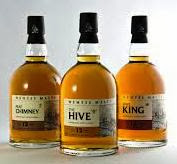 I had never tried the Wemyss Whiskies before and I loved them so much I bought them. So, don't discount twitter tastings too much, they might be a bit of an annoyance to some but I think they help in promoting and allowing consumers to try whiskies they may not have otherwise.

So in July when we were travelling I finally got the chance to buy a few bottles and I opened one that I hadn't tried in the twitter tasting called Spice King 8 year old. Here are my notes:

Color: Golden yellow with long skinny legs. Seems quite viscous in the glass.

Nose: A bit of a maritimish aroma to this (which confused me), hints of iodine? Dark bananas. After I let is sit for awhile the spices become quite predominant but it seemed to take a bit of time.

Palate: Full bodied with an oily mouthfeel. wow - does not match the nose, what a surprise! Salted chocolate caramels. Huge spice explosion.

Finish: Long, warm and lingering. What a deliciously sinful dram.

This dram really surprised me and I fell in love with it. It opened my eyes to another company doing blends very well. I also found out that the major component of Spice King is Talisker, which happens to be a distillery close to my heart.

So thank you to Dave Worthington for having a big heart and sharing without him I doubt that I would have discovered this lovely whisky and the fine Malts of Wemyss.

OH, by the way the pronunciation is "Wheems". Never did find out why, but not one I'll soon forget.

Wemyss malts are available in BC, Alberta, Ontario and Quebec. This particular bottle cost me $50.00 and I deem it a fantastic value for money whisky discovery for 2013.

See you tomorrow when number 8 will be revealed.

Posted by Whisky Lassie at 1:54 PM