In December of 2012 I shared a very special dram with a new twitter friend of mine: Jarred Lindale (@thecyclingyogi) from Toronto Canada. It was a multi-vintage Karuizawa Japanese Whisky (casks from 1981-1984). I think he enjoyed it as much as I did. My bottle is now empty :)

So, it came as a total surprise when in February a "thank you package" mysteriously arrived. I opened it  and found nothing more but an unmarked little bottle that said: Drink me. Now some people might say: "Are you nuts? Throw that out!" I opened it and realized it was whisky. Totally perplexed I eventually tracked down that it was Jarred who was sending me a thank you dram, but it was to remain a mystery dram with me reporting back to him once I nosed/tasted.


Blind tastings make some people really nervous. I for one tend to see it as a very positive experience because it forces me to have a completely open mind, there's no fancy bottle sitting in front of me and I focus on the nosing/tasting aspect. I also tend to be more in tune with my senses that way.
On a cold February night, I fetched the little 50ml bottle and poured about half in a Glencairn. I grabbed my note book, my favorite pen and plunked myself down on the sofa. I let it breathe a bit while I went to grab some water and a blanket. I could smell the sample before I even picked it up. Intrigued, I pulled it closer to my nose. Wow... it was so inviting and I could smell that it was a lovely warming dram.

Here are that evening's notes:

Nose: This is bourbon! Lots of sweet vanilla and caramel. My first thought was a spiced rum sort of smell? Very full bodied dram, buttery.

Palate: Very rich, sweet and beautiful mouthfeel. So creamy, like a vanilla pound cake. A bit of spice on the swallow...

Finish: Sweet, still very mouthwatering, no hints of drying effect at all. Fairly long finish as well, stayed with me for quite some time.

I contacted Jarred on twitter a little while later and after playing 20 questions I was dumbfounded to find out the dram was Eagle Rare 17 Year Old, 45% ABV.

I wrote:  WHOA!? when he told me because I had tried and reviewed the 10 year old in 2012. I did NOT like it and was actually sorry I had paid $50 for it. Now chances are had I been at a party and Jarred or anyone else offered me the Eagle Rare 17, I would have probably said: No thanks AND I know for a fact I would have never considered buying it for my collection. I stared in disbelief? Could two whiskies really be so different? I went downstairs and poured myself a bit of 10 to compare. 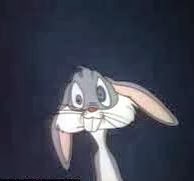 The resounding answer: yes they can! I still don't like the 10 year old at all. It is still horrid, hot and bitter to me. I doubt I'd even be able to identify it's a bourbon in a blind taste test? So, I learned a really big lesson that night. One that will probably stay with me for life: Don't automatically assume that because you don't like a whisky, you won't like any of the other bottlings available. As a result of that lesson I have discovered many new whiskies I really enjoy.

Unfortunately I have yet to buy a bottle of Eagle Rare 17, it's no longer available in Canada.  So it's on the list of whiskies that impressed me in 2013 and also a reminder that sometimes the good ones get away...

A huge thank you to Jarred for the fine lesson in the importance in blind samples.  :)