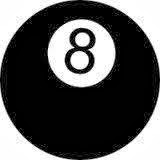 2013 has been a year of many wonderful whisky discoveries. I struggled at first to remember writing every single one down. I thought it was rather time consuming and having to drag my pink book everywhere was a royal pain in the ass. However I have to say in hindsight just like every other project I've worked on a bit of preventative maintenance before/during always pays off in the end because by documenting everything as it happened it did two things: A) Made me realize how many drams I actually got to try this year and B) it resulted in 342 nosing/tasting notes.

Dram #8 - Writers Tears was completely accidental in nature. In March I attended the Celebrate Whisky Event in Halifax NS. It turned out to be a pretty great night considering I was suppose to be flying solo since Graham was working behind one of the whisky tables. I had an extra ticket that I sold to a very nice lady named Phlis McGregor and we ended up spending some time together that night, trying different whiskies that we both had "targeted" for the evening. She and I would part ways and then find each other later on and spend a few minutes discussing what we were nosing/tasting. At one point we decided to try and find a specific whisky together which we thought was at table 24. It wasn't... we had got our numbers mixed up. However a long skinny bottle on the table called Writers Tears caught my eye that I didn't recall hearing about or seeing before so I said to Phlis: "Might as well try it since we are here". So we stood in line, waited until we got to the front and the young man proceeded to tell us a bit about the whisky. As soon as he said the word "Irish" I almost instinctively crossed my arms and tucked my glass in thinking: "Meh? An Irish whiskey I've not heard of" and quickly became disinterested in trying it. 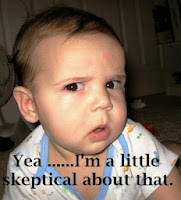 Background: Irish whiskies we have in Eastern Canada: Bushmills, Jamesons, Kilbeggan, Connemara or Tullamore Dew. NOT that there is anything wrong with these = breadth of my experience with Irish whiskies limited. Phlis looked at me like: "Aren't you going to put your glass forward?" so I did; still somewhat reluctantly I have to admit.

Nosed, tasted -> BOOM! Another one of those wow moments where I wasn't sure how to even describe what I had just experienced. I looked over at Phlis to see if she liked it but she wasn't beside me anymore. Found her at a small table a few feet away where she was busy frantically writing notes. I quickly proceeded to do the same.
Color:  Bright amber, reminds me of a pale ale. Legs are super thin and extremely runny. A bit of an oily texture to it, sticks to the glass in certain spots.

Nose: Glorious hay right after it's been cut in late August. Fresh, clean/green followed by a very distinct lime or lemon zest, just bursting with citrus notes. (later on wrote - caramel with a ? beside it)

Palate:  Smooth, delicious mouthfeel with a minted marmalade rollercoaster. This is fabulous!

Finish: So long and lingering. Mint is still at the forefront but honeyed. Reminds me of a whisky toddy with /mint leaves and honey in it.

I had never tasted a pot still Irish Whiskey before but truly loved this one on first nose/taste. I bought a bottle that very night. I've since introduced it to many friends most of which have turned around and bought their own. As a result of trying this whiskey I began to seek out other Pot Still Irish Whiskies and since have tried: Red Breast and Green Spot just to name a few. In June I discovered there was only one bottle left on the east coast so of course, I bought it.

Writers Tears is now one of my favorite Irish Whiskies and I can't thank Phlis enough for giving me the "evil eye" that day in March.  :)

The countdown continues as we make our way toward: 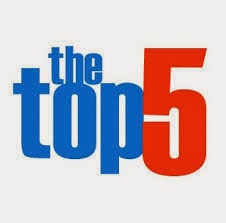