MOST MEMORABLE DRAM & DISTILLERY OF THE YEAR - Tomatin 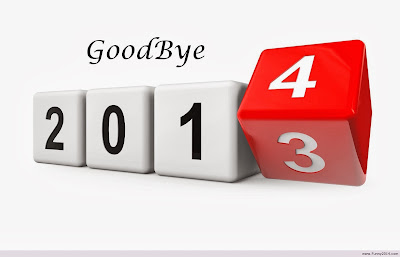 And just like that 2013 is behind me... A year of surprises. Some very negative in nature that caused chaos and confusion BUT... thankfully there were so many more wonderful moments that I documented. It's easy to dwell on the negative sometimes and how we can forget the good sometimes boggles my mind. January 1, 2013 I committed to keeping a whisky journal. It turned into so much more and as I sat in late December and thumbed through the whole thing, realized it was actually a fantastic snapshot of 365 days of being Johanne. And you know what, being Johanne in 2013 was freaking amazing!

The journey began as a trip to Victoria BC because I had been chosen to judge the Canadian Whisky Awards. It turned into so much more. It was the beginning of meeting the #whiskyfabric. The start of one of the best years I've ever seen from a whisky perspective, with almost 400 drams documented. And the most memorable you ask...  Tomatin Legacy. One of my first whiskies for 2013.


It was the feeling of "arriving" that made me feel so good about that dram. It gave me confidence to blog, to put myself out there and step out of my comfort zone. As a result, I noticed my Tomatin collection growing exponentially: Legacy, 12, 15, 18, Cù Bòcan with a bottle of the Decades coming my way shortly. The only other distillery I had ever done that with was Talisker.

It made perfect sense that I pick Tomatin Distillery as my choice for "new" distillery of the year for me. A distillery is a living, breathing entity with whisky coursing through its veins. There is so much that happens there that the public doesn't get to see. The tours are great, BUT what really takes place in the "day of the life of the distillery".  I posed that question to Graham Eunson. He is the very dedicated manager who oversees all aspects of Tomatin and this is what he said:

The week begins on Sunday night when most of us are getting ready for bed. Around 10pm the distillery's engineer Charlie Morgan is ensuring the boilers are fired up and ready for production which starts at midnight.


The mashman is heating up all the water that will be needed to start the first of the 16 mashes. He is also pumping through 2 fermented washbacks to the stillhouse. This is called "charging up the wash stills". Meanwhile 4 spirit stills are also being charged with Low wines and feints. Once the wood pellet boiler is up to the required pressure the distillation of all the stills begins. With 10 stills running as a batch and the process being repeated 8 more times during the week. Each batch takes about 13 hours to complete. By Friday afternoon the process has been handed over to several shifts of stillmen & mashmen.  Total production - about 53,000 Litres of new make.

While all the whisky making is taking place there is also a warehousing team that starts bright and early every morning at 8:00am. Richard Noble the head warehouseman is an early bird who likes to organize his workload for the entire day ahead. You would think that filling casks would be a pretty routine thing to accomplish but it's not because no two days are ever quite the same. Some days they fill casks with the new make. Other days involve transfering spirit from one type of cask to another - called racking operations. Other times they are emptying casks through their dumping troughs for tanker dispatches.

Tankers arriving and leaving daily with new spirit going out or coming (for blends). Meanwhile there's also the coopers:  Iain and Alan dilligently repairing and constantly inspecting the casks to ensure they are in the best possible condition.

Oh but wait... that's the hands on stuff.  Let's take a walk over to the lab.  Ali is busy carying out all the scientific analysis for every stage of the production - can you say excellent quality assurance process!

By Friday afternoon, production for the week as been completed but the rest of the day is spent spit spot cleaning everything that will be needed to start all over again the following Sunday night at midnight.

And what do we get to see:  The lovely visitor center that opens every morning at 10:00am with public tours running all day and of course the ability to buy such lovely whiskies and other great Tomatin items.

Down time is important, we all need rest after all. So at the end of June the silent season starts and runs through to the end of August. This doesn't mean they shut down, lock the doors and hang a sign on the door. Goodness no. This period of course is used to repair the equipment, carry out all the maintenance and give the employees a well deserved holiday.

As you can see, a distillery has a life of its own.  A heart beat, fuel, arms and legs to move it where it needs to go.  Its blood runs 24-7 in one form or another.  It is protected, taken care of and the reason for the distillery's "being".... and our fascination, obsession or love of the thing we call whisky.

Thank you to Jennifer Nichol and Graham Eunson for the "week in the life of" of what has quickly become one of my favorite distilleries.

I can't wait to visit it in May 2014 and meet the lovely people of Tomatin.
Posted by Whisky Lassie at 10:40 AM