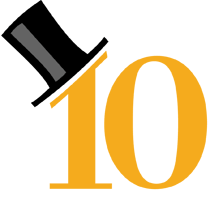 Benromach has quickly made a name for itself. Their whiskies have developed a reputation as well as huge following in the very short time they have been on the market. I've had several of their different bottlings and always have at least 3 of them as staples in our collection: Benromach 10, 15 and Peat Smoke.

As part of my trip to Scotland in 2016, I went to the Spirit of Speyside Festival. If you've never been: A) What are you waiting for? B) It's a MUST do for any whisky enthusiasts bucket list. Seriously! Take a look at their website: www.spiritofspeyside.com if you don't believe me.

One of the highlights of the festival for me this year was attending an evening at Benromach on April 29th. It was an intimate evening with some of the stillmen that laid some of the last casks in the 80's such as Willie McArthur and Tom Anderson, as well as the current distillery manager Keith Cruickshank and a few other very distinguished guests. We listened to stories of old as well as new and then went for a walk through the distillery.

I watched Willie and Tom as they walked through, pointing out where certain areas had changed drastically. The distillery seem to come alive as Tom told us about the days when they were all younger men working there.

Tom continued to regal us with touching stories of their camaraderie and friendships through the entire tour. They were truly like a band of brothers. At the end of the grand tour we went down to the filing station area and the gentlemen were each presented with a bottle of the Benromach 35 year old. A bottle was opened, drams were poured and we all toasted the stillmen of yesteryear. The evening was quite special indeed.

Now I reviewed this dram back in February of 2016. The dram is a very special one indeed. My review is here in the event you want the official nosing/tasting notes.

I will forever remember the dram, the opportunity to meet Willie and Tom and the many sensory experiences and memories that are all linked together as a result. Benromach 35 easily makes the top 10 of this Lassie's 2016 list of most memorable drams. 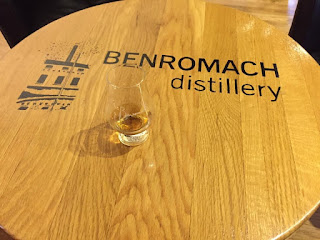 Here's to the people we love and the drams that are truly special.

Posted by Whisky Lassie at 5:00 PM