It is with great pleasure that I do this post with my friend Bob Caron (@Bob_Caron) and it's with even greater pleasure that I thank Sean Cain (@KYgeographic) from my twitter #whiskyfabric for contacting me at one point by sending me a photo of the original release of Lot 40 that he had purchased. It's a pretty rare bottle to get our hands on here in Canada so I was quite impressed when he sent me the photo. Of course I offered to send him a very healthy sample of the 2012 release so that he could compare the two and like the whiskyfabric often is, he reciprocated and sent me a healthy sample of the original. To which, I turned around and shared half with Bob. Why? Well because he appreciates Canadian Whisky and he and I regularly share, trade and have great discussions about them.

If you are looking for the back story about Lot 40, you "ain't" going to find it here. Check out my friend Davin's website, he is the grand master Canadian whisky guru:


Take it over Bob:

"When I received the original Lot 40 (1990s version) in the mail, I had just come down with a cold and this was an opportunity that I did not want to squander. I’m feeling pretty good right now so here I go. I already had a bottle of the 2012 release and I was excited to put these head to head. The first pour from the sample bottles would be predominantly for nosing. I really took my time with this one. My first impression between the two was that there was no way these could claim a common heritage. They seemed so different. These nosing notes take place in a time frame of 45 to 60 minutes.


1990s - I got a blast of the traditional rye spicy nose at first with a hint of sweet orange liqueur like a Grand Marnier. There’s a hint of black licorice but it fades as the orange and now chocolate start to dominate. A bit of butterscotch makes a presence but the sweetness in the nose diminishes as the rye spice asserts itself again over the orange chocolate. The orange component faded a bit to reveal mint with the chocolate.

2012 - I didn’t get much sweetness at all on this one. There was a touch of Magic Marker smell and spearmint with an Earthiness behind it. The Magic Marker smell dissipates to leave the Earthy rye and the mint changes to a dill as chocolate starts coming through. Some mint is coming back but its more like a peppermint.

Now for the weird part, they are stating to resemble each other. They both get a bit of oak and leather and those Autumn smells of the leaves on the ground. Chocolate mint is there in both of them but the 90s version still has a hint of the orange. I’m glad I took my time with these because the evolution in the glass was very interesting. I then tasted these after being in a glass for about an hour. Just as the aromas had become similar, the tastes were also similar with chocolate orange and oak over the rye spice. Neither seemed sweet and the finish had a bit of dill lingering on the tongue.

I then did a fresh pour of each to taste again.
1990s - The chocolate orange is strong and I detect no hint of the dill among the the background of the rye. The 2012 on the other hand, the dill and oak and the Earthy tastes are at the front. With a bit of water, the two start to come back together again as they did after an hour of nosing. The 2012 however still had a hint of dill and the 90s version still had a faint amount of orange. The mint had faded away.

This was a really fun head to head and a great surprise how they started out so different and seemed to come together over time to reveal that they really do share a common ancestry. Who knows, maybe a 2012 bottle will be like the 90s version after ten years in the bottle or maybe the 90s version tasted like the 2012 back in the day".

Johanne's thoughts: My first "confession" about the 2012: DISLIKED it immensely. I tried it as soon as we purchased the bottle and I didn't even finish the dram. I remember thinking, well this is a bottle that will stay in the collection for a long time!? I even recall telling a fellow Canadian blogger/friend to wave off! That I thought it wasn't good at all. I prefered the Pike Creek release much more than the Lot 40. There it sat in the collection and I did send it to friends who wanted to try it. All of them enjoyed it so I was really perplexed as to why I simply didn't.

My aha moment came during the #DavinTT I hosted in the spring of 2013. I added water and boom! The dram was exciting. I've since enjoyed it several times since then and have bought more than one bottle.

So what did I get on the head to head:

Nose: Seville Orange Marmalade. Super spicy and what I consider a bit agressive on the nose. I could smell rye bread which is not uncommon but then last week Graham had a corn beef sandwich on pumpernickel bread.  That was it!  I couldn't smell anything else after that.

Palate: Sweet butterscotch with a weird backdrop of fruit that is slightly overripe ( a grape that is on the verge of bad and you know the minute you bite into it). Nice and spicy like fresh gingerroot.

Finish: Very peppery but I like it.  It's a fruity peppery with very little bitterness.

I added water and in my opinion it totally fell apart. Thought I had put too much water so tried two more times, same thing. I loved it neat and not at all with water.

Color:  Identical to the 1990 release.  Dark color amber.  Legs are plentiful & skinny but the whisky doesn't seem as oily.  Does not appear to be as syrupy as the first release. 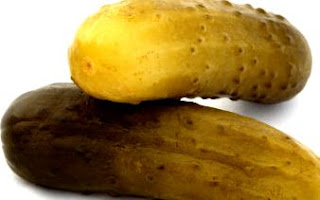 Nose: Dill pickles with a large dose of warm rye bread coming out of the oven. Caraway seeds always very prominent on this whisky. Then the second wave comes out: Sweet but almost artificial in nature.

Palate: Ugh.. So bitter, almost like sucking on a white grapefruit. It still makes me shudder neat! Mouth dries out completely. Not pleasant for me at all.

Needless to say I am not a big fan of the new 2012 release, well at least not neat. I really do enjoy it with water.

The 1990 however really surprised me because I didn't need water at all AND as stated when I added water it sort of seem to ruin the balance of sweet, sour and spices.

I think for both Bob and I this was a great experience. I really loved the fact that what got "us" all here was, once again, the whiskyfabric that I keep talking about.

So thanks Sean (Sorry I asked a bit too late for your thoughts on old vs new - he had drank the sample I sent :) and a special thanks to Bob for once again stepping in and experiencing something new with me.


Whisky trail gets better every day. 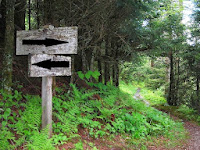 Posted by Whisky Lassie at 4:50 PM