This past weekend, Graham and I were experimenting with some new alcoholic products (Shelter Point Single Malt Vodka) so we could create signature cocktails for an upcoming Christmas party we are hosting. One of my favorites we created I named the Forty Mochatini which is made with Forty Creek Whisky Cream Liquor. I am embarassed to say that since discovering it last year Graham and I have gone through 5 bottles. It's not just great in your coffee. It's delicious on ice, it's fantastic on ice cream (YES ice cream) and now I can't wait to share it with friends at our party.
Forty Mochatini recipe: In two martini glasses drizzle a bit of dark chocolate fudge sauce in a circular pattern. Set aside. Fill shaker with two ice cubes and add:
2 parts vodka (I used a single malt vodka), 2 parts Forty Creek Whisky Cream Liquor, 1 part White Crème de Cocoa & 1/4 cup chocolate milk  Shake and pour into martini glasses. Enjoy now, thank me later :)
So here is a reprint of the original review I did of Forty Creek Cream on November 26 2012. 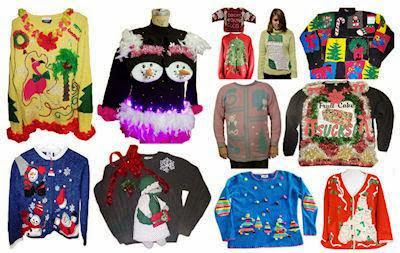 Nobody panic!? There are only 29 shopping days left until Christmas 2012.  If you are going to be having an ugly Christmas sweater party or simply entertaining I highly recommend you run to your liquor store and get Forty Creek Whisky Cream which is available ACROSS CANADA, well except Quebec (sorry guys).   I love the story behind how this was created. A few Christmas's ago John Hall's wife of 40 years, Eileen, brought home a bottle of Bailey's Irish Cream Whisky for the holidays. John saw it in the liquor cabinet and could not believe his eyes. Mrs. Hall defended herself by commenting: "It's just not Christmas without a bottle of Irish Cream John". John, in his usual ability, decided he could do better. He made up his own homemade version and that's how Forty Creek Whisky Cream came to life. What is in the bottle today is a refined version of that original recipe. When you look at international whisky sales, Irish whiskey is dwarfed by the sales volume of Canadian whisky yet there wasn't one Canadian distillery making a whisky cream liquor. So yet again, John was an innovator and as a result created the first one made with Canadian whisky and fresh Ontario cream.

Until this existed, I too had the proverbial bottle of Bailey's in our liquor cabinet. So when my Forty Creek arrived I opened it immediately: At work. It was my lunch hour and a Friday. I sit off in a corner by myself where most can't see me. I stared at the box for no more than 5 minutes before I broke down and opened it. I twisted the cap off and took a long whiff. My mouth watered because it smelled delicious and then I did something I had never done before: I went over to the water cooler, grabbed a Dixie cup and poured myself a small dram. Lovely I thought to myself as I sat at my desk with my feet up and that's when my co-worker Dave came around the corner. 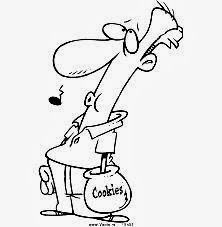 BUSTED! I giggled and tried explaining what I was doing (like it needed any explanation). He sat on the corner of my desk smiling and listened to me talk about Forty Creek. Then he did something that surprised me. He went and got a Dixie cup and came back to my desk?! I poured him some whisky cream and we sat sipping away together. He liked it so much he said he was going to buy some right after work to take home to his wife. I said, well it's coming to New Brunswick but not for a little while yet. "Where can I get it now?" he said as he pushed his Dixie cup forward without hesitation. "Ontario", I answered as I poured another couple of drams for both of us. He thanked me for the mid afternoon treat and went back to his desk. I put everything away and went back to work. (AND this is where I insert a disclaimer that no driving or operating of any heavy machinery took place within 4 hours of the 2 oz drams we ingested, :)

About 20 minutes later he poked his head in my cubicle and said with a big Cheshire cat grin:  "I've got a case coming next week". I stared at him for a moment and said: "What?". "Yup, my brother lives in Mississauga. I just called him at work, told him to pick me up a case and bring it down when he comes home for a visit next week. Thanks again. I can't wait to surprise Barb" and off he went again. 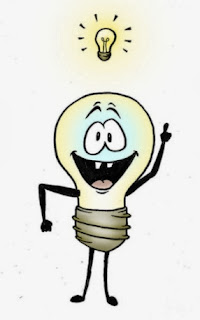 I laughed out loud for a moment but then it hit me: I loved it that much and so did Dave.  What would happen if I did a little bit of an experiment and put it head to head in a blind tasting against Bailey's Irish Cream? Graham and I had two upcoming parties we would be attending and I also had a few more ideas I wanted to try. I immediately began planning my social experiment. I called our hosts and explained what I was trying to accomplish; they thought it was a great idea. I also contacted a few fellow bloggers and sent them a sample to try as well. The first party we attended was a bunch of our friends that we sail with. I set up a table in their living room with 25 samples of the Forty Creek and the same for the Bailey's. I asked people to simply choose which of the two tasted the best, sample A or sample B and they could add comments if they liked.  After about an hour I went to check and all the samples were gone. I did the same at the next party I was at as well.  The three fellow bloggers also put on their own little experiment and got back to me with their results (UK, USA and Alberta). 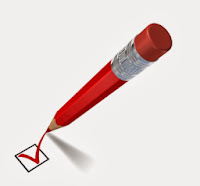 37 people total took the challenge and 29 preferred the Forty Creek. That's 78.4%.   4 of the 8 who chose Bailey's stated they liked it better because it didn't taste like coffee (something all 4 disliked in general), one said the Bailey's wasn't as harsh and 2 people stated they preferred the sweeter nature of Bailey's. The last person surveyed said they liked neither.

Some of the comments on Forty Creek:  "Caramel macchiato yumminess, NOT my mom's Irish cream, Creamy with a kick at the end, Delicious and warming. After the reveal most were surprised and a few asked if it was more expensive then Bailey's.  "Nope, same price", I smiled.  My job here is done!

My bottle made it home but barely as the host was convinced he should keep it. Graham and I have tried this several ways to the point my first bottle is almost empty (I bought two more at the NB Spirits Festival on the weekend). I have to say my most favorite way of enjoying the Forty Creek Cream is in my late afternoon or weekend coffees. It brings a satisfying feeling and warmth that makes it quite special.

Palate:  This is so creamy and has just the right amount of sweetness to it. You get chocolate, coffee and caramel and then the whisky appears!  Absolutely lovely.  Very smooth and enjoyable to drink.

For those who read my blogs regularly you know I am a HUGE fan of Forty Creek and all they offer. This is yet another reason why. John manages to create something that doesn't currently exist on the market for whisky creams:  BALANCE. This is sweet but not sugary. It taste creamy yet not artificial. The best part which is where I think he's a master at his art is he finds a way to sneak in the Forty Creek signature whisky without it interfering or overwhelming the delicate nature of the cream and flavors.

It's the perfect balanced whisky cream:  Sweet, caramel creamy with hints of chocolate and coffee, then a surprising little whisky zing just when you are not expecting it.

It's exclusive to Canada and not available anywhere else.

Santa, if you are reading this, I've been an extra good Whisky Lassie this year and would love 8, hmmm... no a case of this in my stocking please :)
Enjoying my whisky trail finds, happy Christmas shopping everyone!


PS -> I have a few bottles of Bailey's Irish Cream to give away. FOR FREE! I won't be needing them anymore.
My Forty Creek Whisky Cream is here to stay.
Posted by Whisky Lassie at 8:52 AM