Years ago when I started to amass literature about whisky it was quite apparent there were very few female writers, well except one. I mostly saw her articles and whisky ratings in a few magazines that my father in law bought. Then I went "looking" and found a book Martine wrote entitled:  Les routes du Malt. The book was impossible to find in North America but 75 euros in UK, plus shipping.. Hmmph! I settled on the fact that I would keep looking. Since then, I have had the pleasure of meeting Martine several times and participated in her tastings or whisky/food pairings. She is a delight to watch in action and one of the best presenters I have come across. She is truly passionate about what she does and there is no doubt in my mind the woman is an artist and lover of all things whisky. Her palate is refined, her honesty quite startling; having once described the flavor of a whisky as a piece of wood rotting in the woods (not an exact quote but something like that). She is respected by her peers and loved by many enthusiasts. I for one ensure I see her every year at our Spirits Festival in New Brunswick (longest running whisky show in Canada):

Martine is also the only woman that has been invited and accepted as a Certified Malt Maniac.

I've had the pleasure of meeting 10 of these fantastic people in the last year alone and so I asked a few why they thought Martine was the only female and the answer simply put:  Because there isn't that many women in the world involved in whisky and for those who are none, to date, have a nose/palate like she does. She truly is the "Goddess" amongst the giants in my mind and I can only aspire to being as good as she is one day. 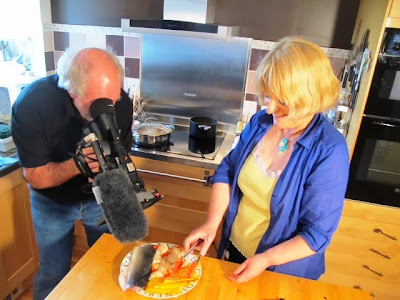 "When I was a little girl, I wanted to be… an explorer! Maybe I have achieved this goal in a way! Where I was born and lived, in Normandy, whisky was a totally unknown territory. I suppose the word itself did not say anything to the adults. Though some may have had a wee dram of a blend offered by the “liberators” in 1944 on the Day D landing beaches. This is when blended whisky started to be drunk in France.

Even though I had no idea I would become a whisky writer, I have always had a passion for writing. I studied literature and languages at university and I have always wanted to become a journalist. I started in politics (I was quite a radical in my teenage years… not sure I have changed that much) then I shifted to gourmet food. I had dedicated pages in a professional magazine where I presented chefs and covered the best of French gastronomy. About twenty years ago, I visited Scotland and that’s where the magic started. I loved Scotland so much that I wanted to know more about the culture, the history and whisky. The first distillery I visited was Tamdhu in Speyside. I found the making of whisky fascinating. And here I am now."

Q2:  What motivates you to stay in this part of the industry?  Sometimes it can be quite unkind and very few can make a living doing this?

"Unkind? I have never experienced that. On the opposite, I have always been warmly welcomed. I won’t say it was always easy in the beginning as a woman but I gained respect and esteem from whisky-makers, whisky lovers and whisky writers. At least this is how I feel! I love my professional life, even if it gets really exhausting at times. I have been lucky to find wonderful people on my way. One of them is my dear friend Michael Jackson, whom I miss so much. He helped me and encouraged me constantly. I am glad my enthusiasm still stirs up my passion. If I lost it, I would immediately move to something else. I am not a career person. I have many interests in life other than spirits. As I said previously, writing is as important as breathing! It seems I am lucky to make a living of my whisky and food writer job then."

"I don’t like the word “sacrifice”. I can’t see any. I prefer efforts. I have had my dark times which made me doubt of myself, especially when I began working on food and whisky pairing twenty years ago and when everyone said I was crazy, that it would never happen and that whisky would never come to the table. See where we are now? Maybe I have made mine that famous quote of Pascal: "I doubt therefore I am".

I know I am stubborn and that has often played tricks on me. But it can be rewarding at times too. I would not call my decision to come and live on Islay “tough”. It certainly implied a lot of problems to solve when I moved from Paris to Islay but this is the best thing I have ever done in my life. Travelling extensively does not help to have a balanced private life but I think I live in harmony (with myself at least!)"


Q4:  What have you been working on lately? Care to share what some of your upcoming plans are?  Anything big coming out soon?

2013 was my travelling year, I went to Australia, including Tasmania and Asia. These were enriching trips; I tasted different cuisines, met different cultures. In Tasmania I visited two fascinating distilleries, Nant and Hellyers Road. In China, Hong Kong and Taipei, I was challenged with pairing single malts or blends with Asian cuisine.
I got wonderful experiences to feed into my blog/website launched in 2013.

I was also delighted to take part in Jean Lenoir’s Nez du Whisky. A wonderful educational tool which trains people to identify and memorize the aromatic profile of whisky through nosing 54 aromas encapsulated in small bottles. It was recently launched in Paris and London. 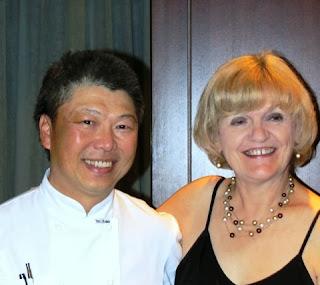 I still have a big trip before Christmas. I will host a dinner and seminars at the New Brunswick Spirits the third week of November (20/22nd November). I love that festival. People are curious, warm and open. Yes I have projects in the pipeline. My big challenge for 2014 will be to write my cooking book. Disclosing it here confirms the commitment. You are trapped Martine Nouet!

I have another big project for 2014 but it would be too premature to comment it now."

Q5:  If you could go back in time and talk to Martine Nouet in 1984, what would you want to tell her?

"Don’t waste your time caring for those who don’t care for you. Divorce now! I did but later!! And I would encourage myself to live along the line I do now: Live the life you love and love the life you live."

Martine added the following to our interview and I'd love to share it here:  "I am amazed at how global whisky has become. I have especially appreciated it this year as I have travelled to new destinations. I am always interested in the different ways of consuming whisky but I am also appalled at the excesses of some people. Alcoholic drinks are to be handled carefully. I won’t make any allowance for drunkenness. It is intolerable. Hence our important part to play in recommending moderation. I think I am an extreme person but certainly moderate on this matter.


I can see a new trend coming in the whisky and food sector with spectacular experiments supposedly based on scientific research on sensory evaluation and resulting in theatrical performances. Impressive maybe but most often shallow. I remember that phrase in one of Dylan’s songs: you don’t need a weatherman to know which way the wind blows.

There are people I meet in my travels and I call them WYSIWYG (wizzy-whigs...hehe)  Acronym means:  What You See Is What You Get.  This happens a lot with many of the writers I have been blessed to meet over the last 5 years and truly there isn't one of them that hasn't fell in that category.  Grounded, smart, dedicated and passionate about what they do, but above all REAL. They are truly amazing people to talk to, and not just about whisky.

Martine has been nicknamed the Queen of the Stills and there's a reason for that. She is graceful, regal and above all conducts herself in a manner that you can't be anything else but "in awe" about.

In passing, if anyone ever finds a copy of her book:  Les routes du malt", please let me know. It's still on my bucket list of whisky books to try and get for my bookcase.

In the meantime, I remain the lovely lassie in waiting who some day wants to grow up and be like the lovely Martine. 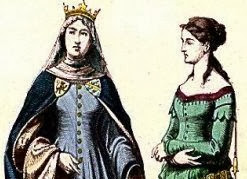 Johanne
Posted by Whisky Lassie at 8:17 AM