In 2014 my friend Steffen Bräuner told me he was going to Scotland and attending the 1st annual Campbeltown Malts Festival. The what? I asked... Considering I was going to be around for a few weeks, we decided to travel and go together.

When I started telling a few other people I was going to Campbeltown they giggled or at least smiled through the corners of their mouth and warned me the place and its people were 'different'. I started to worry and wonder what exactly I had agreed and gotten myself into?! Steffen and I arrived on a Wednesday afternoon and within a few hours of being there I started sending photos and texting Graham.


Funny enough I was born in the town of Campbellton NB and the UK version was strangely reminiscent of my own hometown. Campbeltown UK is also small (population 4,800) but big in pride. It may be a tiny town on the Kintyre peninsula but it is a huge community and yes they are different so if you come from a large city where you are one of the faceless millions, I could see how small town Scotland could seem weird and possibly make some people feel... awkward. But for me, I felt completely at home. I guess that makes me 'different' as well which is why this year when Graham and I returned to Scotland I made sure we attended the 2nd annual Campbeltown Malts Festival.

It's hard to believe when you arrive there that at the height of the whisky boom & mid 19th century Alfred Barnard had visited 21 distilleries and Campbeltown was the richest town per capita (1,969 living souls) in Britain. To this day the whiskies still have a reputation for their very distinctive styles. Back at the height they were highly sought after and quite popular on an international level; however, greed caused a catastrophic decline in quality which resulted in a massive consumer backlash. 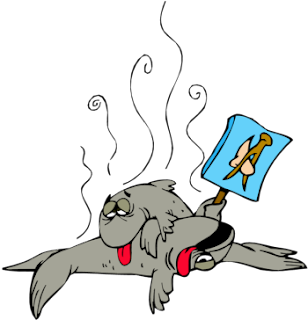 Apparently, word gets around quickly when distilleries start churning out the equivalent of what people started to describe as the smell and taste of stinking fish. By the end of 1934 only two distilleries remained: Springbank and Glen Scotia. Production for both was sporadic over the next fifty years as the whisky business saw its fair share of ups and sharp downs but in the end both still stand not only in the physical sense but also in spirits (see what I did there ;)

At one point the SWA took away this region's geographical designation. This did not sit well with the current chairperson of Springbank, Hedley G. Wright, so he bought and had the Glengyle distillery rebuilt. In 2004, three whisky distilleries were in production and the designation was reinstated. That is your history lesson, well the Lassie crib notes version anyway.

Back to 2015, shall we: I was indeed super excited to have Graham by my side and be back in Campbeltown for the Malt Festival. This little three day festival achieves five things for me:

1. Fantastic value for money. The cost of accommodations, tickets, food and gas are beyond very affordable.

2. The breadth of whiskies that you get to try at masterclasses or warehouse tours are some of the best I have had the opportunity to try in my lifetime, thus far.

3. You don't have to drive anywhere! Most of the amenities such as restaurants, B&B's, hotels, distilleries and shops are all within walking distance.

4. Three full distillery tours where, as a whisky geek, you can ask all the questions you want, take as many photos as you like AND see many parts of the operations that are often off limits in any of the larger conglomerate owned distilleries.


One of THE BEST masterclasses you could ever attend and if you are lucky enough to get a ticket to the Cadenhead's Warehouse tour, you may think you have died and gone to whisky heaven. Absolute mind blowing once in a lifetime whiskies that leave you gobsmacked! One of the few times I've been in a tasting where almost an entire room goes quiet (well except for the Danes, they are never quiet ;)

I purchased the Rosebank 25 year old for Graham last year and Mark was sure to write on the bottle: Drink me! Drink it, we did. It was one of Graham's favorite drams to share in 2014.

So what do those five things really amount to? They equal one of the best little festivals in the UK when it comes to the full whisky distillery & festival experience.

There is something else I didn't mention and that is the fact that Springbank has one of the most in-depth whisky schools in the UK. So popular with hard core enthusiasts that it's almost fully booked for the next 2 years. You can read about it here:

I will often talk about the gems I find during my travels but I was really hesitant to write about this. You see... Feis Ile started out as a sleepy little whisky/music festival and has grown into a bit of a monster in the sense that the island becomes a nuthouse for 8 days: The banking machines run out of cash, it's almost impossible to get a seat at a restaurant, the lineups for anything are long AND... some of the distillery releases are expensive and bring out some pretty "greedy" characters.

I love the fact that the Campbeltown Festival is young, special and that only a few hundred people know about it. There is no bullshit, no marketing distortion and the people that live there and attend truly make the experience worthwhile. The whisky simply becomes the backdrop and the icing on the proverbial cake.

I want to thank Gavin McLachlan, Robert "Pop" Scally, Mairi Paterson, Ranald Watson, Grant Macpherson, Iain McAlister, Mark Watt and ALL the unnamed, behind the scenes people, who made my stay in this lovely little town most memorable for two years in a row. I will be back, guaranteed...

PS, it's all Gavin's fault that I now drink Gin. Old Raj was my first pleasant and tasty experience. 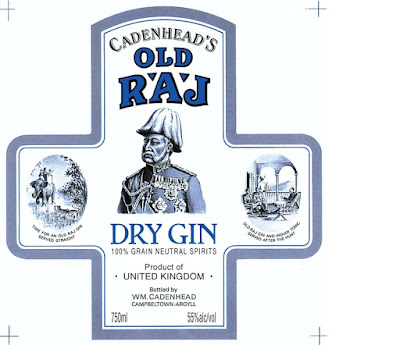