To be or not to be... terroir is definitely the question! 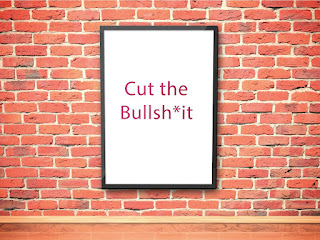 I will start by saying this: My educational background is a scientific one and marketing bullshit never sat well with me. I've debated with people in the past about things like the following: "You'll find a briny flavour in our whisky because the barrels age in the warehouse next to the sea". In that case my argument is that many whiskies should taste like cow dung and dirt since their warehouses sit near farmlands?? I hope you get my point.
We hear all sorts of statistics and statements from whisky people like: The wood is where most of the flavour comes from. I've seen percentages such as 60, 75 and even 80%. "Where" are they getting that statistical information? Mmmmmmm….. I have good reason to believe that it is pretty much based on one person's quote back in 1998 and everyone else sort of ran with it because I have yet to find "scientific" evidence to actually show that this was measured? 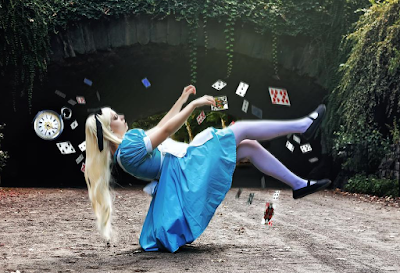 Hold on tight Alice because I'm about to bring you down the rabbit hole, Ready!??


Let's fast forward to my visit to Waterford Distillery in Ireland - October 2019. I arrived at 10:00am and spent the next six hours experiencing something I called (and tweeted) as: MIND FUCKERY. I'm going to out the elephant in the room and likely ruffle feathers, raise hair, you name it but until you have gone there and done the Waterford Experience for yourself I truly don't care what anyone says/thinks about my blog or their opinion on what Mark Reynier and his team are doing at this distillery.


Now everything I knew about distillation and what happens during that process is from my own university texts books. Basically and I'm really simplifying it: Distillation "strips" most of the flavours from any grain (and I did say most) because malted barley taste different than rye, corn, sugar cane juice and/or fruit distillate (pear, apple, grapes). So obviously the origin of the material used has to remain otherwise alcohol would simply taste like... well rubbing alcohol? The argument was/is ALL barley yields the same type of spirit. I'm going to take a moment to paraphrase the response from an industry person in a Facebook thread (To which the originator - a whisky author, was making fun of the possibility of the existence of terroir, tsk tsk… closed minded in my opinion). The industry person added something like: "At our distillery, we buy various varietal malted barley from different geographical locations from a number of suppliers and yet we maintain a consistent new make from crop to crop". In other words - terroir does not and cannot exists.


How about we consider the following:


Mark Reynier and his team at Waterford have embarked on a journey. It's called the whisky terroir project. It's in conjunction with many partners including Dr. Dustin Herb, PhD Plant breeding and genetics out of Oregon State University. How about you click on a few links and actually read, watch, with interests what they are actually doing at this distillery before you so happily discount any/all of it.
https://waterfordwhisky.com/element/the-whisky-terroir-project/ 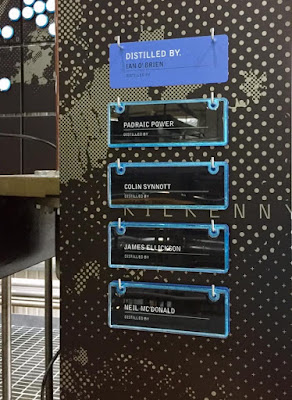 So is Johanne McInnis, aka Whiskylassie a believer in the possibility of "Terroir" in whisky. My answer is yes. Hold on now, don't go all out crazy on me just yet. I do, honestly believe after seeing, watching, nosing, tasting when I was there in person that it is possible.  Am I the only one? You might be really gobsmacked to know others also feel there is something very interesting and quite unique going on at the Waterford Distillery in Ireland. Serge Valentin, someone I have never had the pleasure to meet but who is known worldwide as one of the most honest Malt Maniacs recently reviewed two of their products:  http://www.whiskyfun.com/#020120


So back to Mr. Reynier. His background is wine and everyone knows there is definitely terroir there. Terroir (btw) is climate, soil type and geomorphology (natural landscape). Wine is not distilled, it's fermented - hence terroir is accepted and proven. This term is not just used in the wine industry. It's being studied in coffee, tobacco, chocolate, hops, maple syrup and cannabis just to name a few. So why are so many whisky people up in arms about this? Why is this so preposterous and unimaginable that it might just be studied and discovered in barley?


Might I remind people that most are inclined, as humans, to simply be sheep and follow whatever gospel (no religion overtones when I use this word) we hear. More now than ever because you know, if it was on Facebook - it must be true!? At one point it was believed that planet earth was flat. Pythagoras stated in 500BC that it was round. For almost two hundred years people refused to fully believe that statement and it wasn't until Aristotle (300BC) gave scientific evidence that it was indeed round, that people slowly began to shift their way of thinking (mind you there are people in this world who still think it is???) 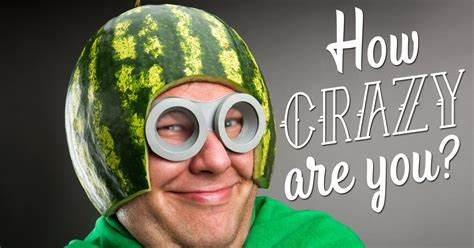 For those of us old enough to remember, in 1982, a couple of virologists from Australia stated they had proven that a bacteria caused most stomach ulcers and that antibiotics would cure the issue. Again - cries from the scientific community that these two were absolutely nuts!? Yet... they were right and might I add won the Nobel prize for medicine in 2005 for it.
So here is a thought... why don't we all give Waterford Distillery the benefit of the doubt and actually let them do their thing. Is "terroir" the right word to describe what they are trying to accomplish and prove, maybe not... but who are we to judge? I mean seriously...  and what if there is scientific proof at the end of the project that clearly demonstrates there are differences in where/how barley is grown in climate/soil/landscapes - wouldn't that mean that there is even more reason to celebrate the fact that innovative experiments might be possible (because lord only knows a new beer cask or quadruple casking is NOT INNOVATIVE)!!!!

I firmly believe something amazing is about to hit the market when it comes to Waterford, so much so that we invited them to come to Cornwall Ontario Canada - Wonderful World of Whisky Show and let me tell you, everyone who is going to be at that show is not only happy but excited to be some of the first to attend the "Waterford Distillery Experience Road Show".

Whether you believe or not in Terroir is none of my business however, don't go off half cocked or full out bat shit crazy mode...  just yet.... Trust me on this one, you might be a little more than surprised when the evidence comes to light and there is proof that something exists in the way that barley is grown that we simply don't know about...  just yet...

Madman or genius??? Who knows... all I can tell you is that years ago when the industry tried to bury Mark Reynier, they didn't realize all they did was plant a stronger seed. He is a man on a mission, and ladies in gentlemen of the whisky world - let's hope it takes way less than previously mentioned examples for the rest of the us to open our eyes to the possibilities that lie ahead. To Mark, Ned and Ian - Keep up the hard work!

Until next week, I remain...

Whiskylassie
Posted by Whisky Lassie at 10:27 AM