OK... the first thing I am going to do is apologize, publicly. My father was a Gibson man as it was the only whisky he had in his cabinet. My uncles, grandfather and some of dad's other friends all drank Crown Royal, or CR as they called it. They constantly made fun of my father for not drinking the "good stuff". Now that I think about it, many of them also rooted for the Maple Leafs and my dad the Habs.. Hmmm, coincidence possibly? All I know is dad certainly enjoyed ribbing them and took great joy in making fun of anyone who drank CR or was a Leafs fan. It only seemed natural that I did the same after all I am my father's daughter. So I'll admit fully that for years I jovially teased anyone who drank or thought Crown Royal was "good" Canadian whisky. Although I owned a bottle of CR I seriously never drank it and saved it for the hardcore fans when they visited. This went on for almost 25 years... 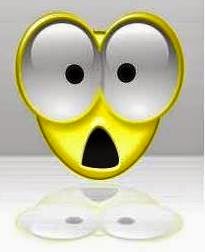 Then comes 2011 and a blind competition I was taking part in. I was utterly gobsmacked when I found out I had given Crown Royal Limited Edition the highest mark. I absolutely refused to believe it and chalked it up to a bad day, a stuffed up nose or whatever other excuse I could think of. But then in 2012 and 2013 it happened again when a few CR's made me reevaluate my well rooted dislike for anything Crown Royal.

I continued the ruse of ridiculing any one who drank their entry level whisky however I now was a closet CR drinker who secretly began trading with others and constantly trying their higher level whiskies and... for shame Lassie, enjoying them immensely. The final straw came when talking to my father in July of this year and he asked me about my recent trip to the UK where I said, without even thinking, that I had led a Canadian whisky night and that I had chosen to showcase 6 whiskies (not one Gibson's). He seemed confused so I went on to talk about the ones I had picked and mentioned the CR Limited Edition as a surprise whisky I had enjoyed. The phone line went dead and I seriously thought he had hung up or dropped the phone!? I said: "Dad?" He sort of chuckled and asked me if my uncle had put me up to playing a trick on him. Nope, I replied as I giggled. "But Johanne", he said, "It's CR". So, that's when I decided it was time to come out of the closet (sorry for the really bad pun) and declare that I actually liked many of the Crown Royal whiskies that were on the market. "Many?" he said almost surprised. I talked to my dad for about an hour that day about some great Canadian whiskies on the market and although I know dad will never try any of them, at least I felt like I had finally said my peace and wasn't hiding my love and respect for ALL the really fantastic Canadian whiskies. It was in reality, a very freeing experience.

Fast forward to when Davin de Kergommeaux and Blair Phillips came to visit in November where I was gifted with a bottle of Crown Royal Monarch 75th Anniversary Limited Edition bottle and it's where we end up in this story. This limited bottling was created by master blender Joanna Scandella (Yes whisky world, Canada has females all the way at the top in the industry too) to celebrate the 75th anniversary of the existence of Crown Royal.

History 101: Let's go back to 1939 where for the first time ever Canada was to welcome King George VI and Queen Elizabeth. This was to be a historical moment as no reigning monarchs had ever visited North America before. Being the Canadian business man of the time Sam Bronfman (Seagram's) decided to create a special blend of whisky that would be fit for royal consumption. After much research and after trying over 600 different prototypes he settled on a blend he thought was perfect and the name Crown Royal was born. The purple & gold velour bag now synonymous with CR was chosen to represent the colors of royalty. Sly as he was, he managed to get their cross Canada train stocked with 100 bottles of his "exquisite" whisky. Needless to say, it didn't take long for the whisky to develop a large following and reputation. The proof of course is that Crown Royal is still to this day, the number one selling Canadian whisky in North America and one of the few available around the world.

Nose: Although delicate at first, I can detect a subtle but distinct smell of oak. A little time in the glass and it becomes quite aromatic with creamy butterscotch and slight hints of baking spices. Very inviting indeed.

Palate: I was quite surprised to find rich and deep flavors of sticky toffee pudding. Followed by just a hint of peppery ginger root at the back.

Finish: Not overly long, but quite delicious. Then it dries up and becomes a bit tannic in nature, like after you have eaten a good quality dark chocolate.

Of all the Crown Royals I have had the pleasure to try in the last 3 years, I have to say this one is my most favorite. It starts out quite delicate and then turns into a well balanced, light and quite enjoyable sipping dram. Surprisingly for me even though it's only at 40% it doesn't feel thin and almost has a bit of an old, rich and oily mouth feel to it. I liked it so much, I sent some samples to some friends who live overseas to demonstrate that Canadian whisky can be quite good, even Crown Royal, hehehe! Again it's in my Canadian nature to apologize for towing the line of my father's Gibson's legacy for so long (Sorry dad...) and I proudly state Crown Royal Monarch Whisky is definitely fit for a queen like myself.

Be reminded this is a limited anniversary edition that is available across Canada and parts of the United States, mostly selling for... (you guessed it) $75.00 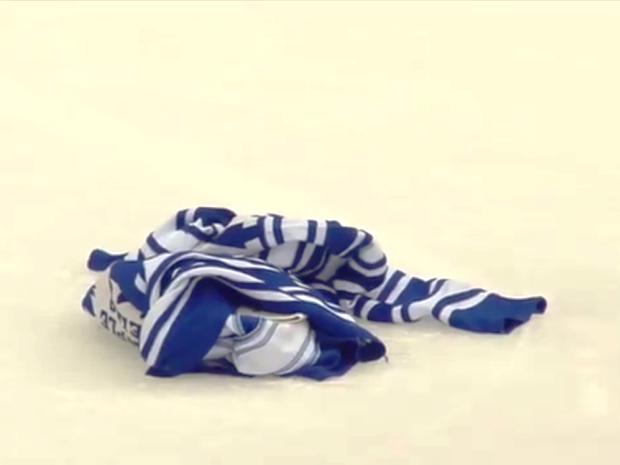 Might be a nice bottle to get to ring in the new year or hold on to for a little while. Oh hell, what am I saying, it's meant to be drunk and shared... even with a Leafs fan. What?? I'm still my father's daughter on some level :) It pleases me that I ended 2014 reviewing a Canadian whisky and even more pleasing it was a brand that I was willing to reopen my palate to.

Thanks for following my blog and stay tuned on January 1st for a profile of the person who rocked my 2014 to the core. 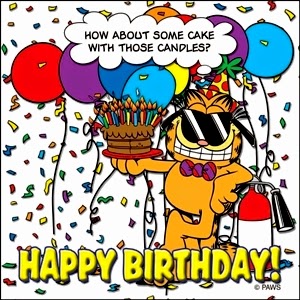 Happy Birthday to me! I turned 48 last month. The day itseld was the usual BUT I am probably one of the few people I know that embraces ageing. Men, especially, will say 29 again? My answer is always the same: 29!? Hell I look like shit for 29 but I look fabulous for 48. Ahhhh but we digress, don't we? This is not about age... :0

The tradition has been for quite some time that my father in law gives me a bottle of whisky for my bd which he started doing in 2005 with Talisker 18. I was in love! This became "my birthday" bottle every year. In 2007 I visited the distillery and brought home some really nice whiskies from there. They were the first distillery that I bought several of their bottlings from, hence a "collection" so to speak. But then by 2011 I noticed some of the later releases, not even my beloved birthday bottle, tasted the same until finally I wasn't even able to recognize any Taliskers when I was given the sample blind. Something had changed. Was it my palate or the whiskies or a combination of both? Needless to say my "go to" whisky seemed to have gotten up and went somewhere else. :(

In 2013 while at a whisky show in Victoria BC I attended a Tomatin Master Class and for me it was the a-ha moment. Not only did I enjoy the whiskies we tried but I was thoroughly impressed by the fact they had reserved one of the whiskies as a "guinea pig" whisky that not even people in Scotland had yet tried. So what, you think, what's the big deal Lassie?

Well for those of us who are from this country and enjoy whisky as much as I do there's a feeling that sometimes the Canadian market seems like the second cousin twice removed. We either get the hand me downs (stuff that was released everywhere else like 3 years ago) or we don't get any of the Europe/UK releases at all. Tomatin whiskies were my biggest discovery of 2013 and so this week my Tomatin blogs culminate with the review of the North American Exclusive release of their 12 year old French Oak. It was fitting to open this, celebrate surviving my 47th year and looking forward to what comes next for this adventurous and wonderful Lassie. 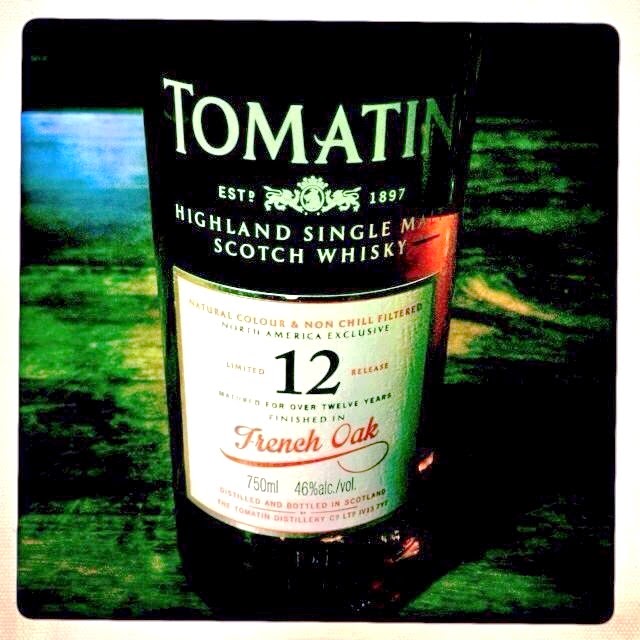 Finish: Long, fruity with just a hint of bitterness in the back. Quite enjoyable.

Although the house style is still detectable I love the extreme fruit quality of this whisky from start to finish. It's quite nicely balanced and delivers a satisfying dram.

I look forward to sharing with as many friends as possible. This is only available to the North American market.  Alberta Canada for $67 at Wine & Beyond as well as some outlets in the USA for as low as $45. 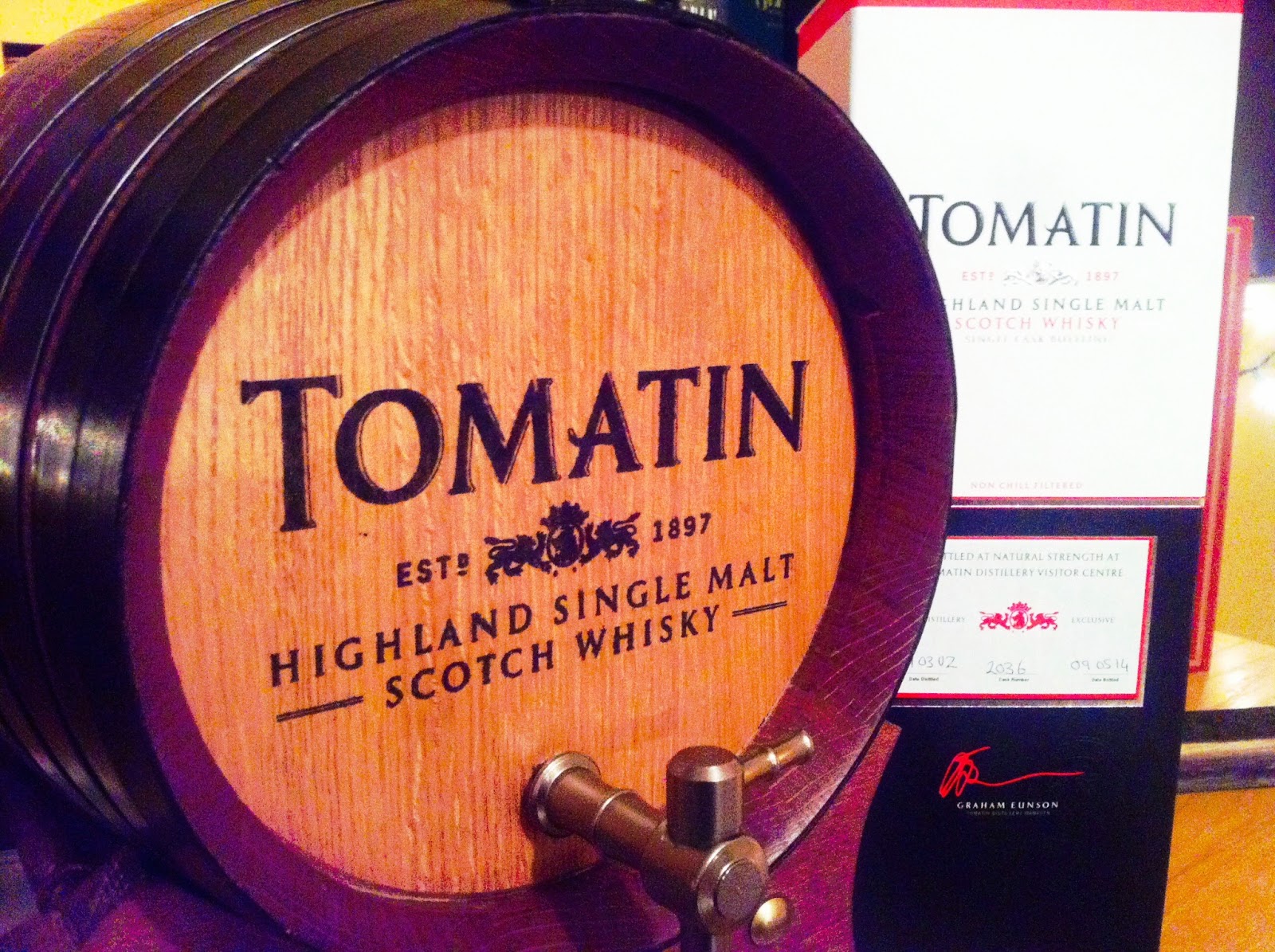 So, what have I come to love about Tomatin? I think you can clearly see I love their house style. But... there is something else I really like that I think I should share. I personally feel like Tomatin is one of the few distilleries that "caters" to the whisky connoisseur, the geek or the aficionado.

1. They don't bottle at 40%
2. They don't chill filter or colour their whiskies
3. No crazy, expensive packaging
4. Variety: NAS, aged (12-40), peated, wine finish, bourbon, travel retail, international and independ bottlings available.
5. Visitor center has everything a whisky enthusiast could want. Both the male and female (that's huge for me).
6. Their tour is excellent
7. They do a great job on social media, listening to and interacting with their followers.


Do I really need to go on?  Well maybe one more. I personally find their whiskies quite satisfying, not only in my glass but on my wallet. If I want to spend a few dollars, they have a whisky at that price range. If I want to get a "nice" bottle, they have some at that price range as well. Needless to say, I'm super happy with these whiskies, love the fact that I can get them here in Canada as well as abroad and since I have followers and friends all over the world it's beyond refreshing to be able to recommend a whisky that is available almost everywhere to anyone may it be the 26 year old who doesn't have that much disposable income yet or the more complicated people like me ;)

I very much look forward to going back to Scotland in 2015 and I plan on visiting the cask that I lovingly signed as a dedication to the #whiskyfabric at Tomatin. I also look ahead and can't wait to see what they do next.


Tomatin remains extremely high for 2014 as far as recommendations, simple but pleasurable enjoyment and value. I hope you have a chance to try some of their core range or special releases and if you do, let them know.

Without a doubt in my mind, Tomatin does whisky well.  End of story... for now  ;)