What would be your last straw? Don DiMonte doesn't appear to have one or does he?

I met Gary Schroeder, an up and coming Canadian blogger, at the Forty Creek Weekend a few years ago near Toronto and we’ve been whisky family ever since. He’s quite an interesting and unique person trying to find his own way in the #whiskyfabric. His take on life is a satirical and sometimes crazy train ride that leaves you giggling like a giddy school girl but then again, I’ve always been attracted to brilliant and off the wall people. I recently asked Gary if he would do me a favor and be so kind as to interview a man who is on a quest to open a distillery. He’s been at it for a few years now, slowly inching his way forward. He’s relentlessly determined and sometimes that’s the only thing that keeps him going. After the interview was done Gary gave me the most amazing analogy:  It’s like listening to bands that don’t even exist yet… and that's where the story begins.


You see, prior to 2005 Canada’s list of distilleries and what they produced was pretty much set in stone. We had 9 distilleries from coast to coast all making various forms of whisky and each satisfying a niche market. No muss no fuss and don’t rock the boat but then something lovely happened. There was this winemaker who decided he would make whisky. What he didn’t know at the time was that he would turn the industry on its head and send shock waves through it which in turn ended up paving the way for many more whisky makers to step up to the still. Over the course of the next 10 years craft distilleries started popping up everywhere and Ontario, specifically, saw the greatest growth. 2015 was the first year that a craft distillery won a gold medal at the Canadian Whisky Awards. Things are booming in Canada, but then again I’ve been standing on the soap box for a few years saying that haven’t I!?
The next chapter is still blank for the man who seems to be a bit of a mad alchemist in Erin Ontario but that’s ok because he’s also an aspiring distiller plowing through brick wall after brick wall of unforeseen circumstance with the hopes to someday soon open Canada’s latest distillery. Ladies and gentleman, I present Don DiMonte, the brainchild responsible for Last Straw Distillery. The first time I saw his tweets (@LastStrawDistill) I recalled thinking, well that’s a bit of a weird name for a distillery? 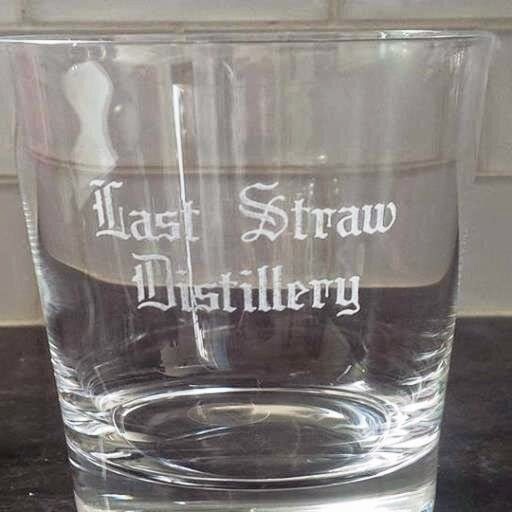 However, as Gary found out talking to Don it’s quite befitting indeed. When Don pitched his “build a distillery” idea to his wife she informed him it was the last straw. Not that it would end their marriage but that financially it was either going to make or break them. Thank goodness for supportive spouses I say!! Moving forward from that moment and never looking back Don has either leaped over or crashed through all of the hurdles along the way. The legal requirements at the municipal, provincial and federal levels are brutal to put it mildly. He’s also had to fight to change zoning laws, exceed operational code requirements and cross off every T on the multitude of checklists that are so mind numbingly long your eyes would hide somewhere at the back of their sockets!

I for one, feel that the constant bombardment of challenges he has faced and is still facing would have caused me to throw my arms in the air and scream that’s it, I give up. But Don feeds off the strength of the words LAST STRAW, rises above and solves the latest issue that has slowed the process. He’s either simply stubborn or that motivated to see this project through.

Don’s “phantom” distillery carries some ambitious ideas. Settled nicely on a 100 acre plot, he plans to farm the grains he wants to distill. The ability to grow different types within the same season will allow him to control the quality of his products. One of the more refreshing parts of the interview was to hear that Don is already listening to his future customers and is absorbing what they want to see from the distillery rather than letting market trends dictate to him and them what they should be drinking. 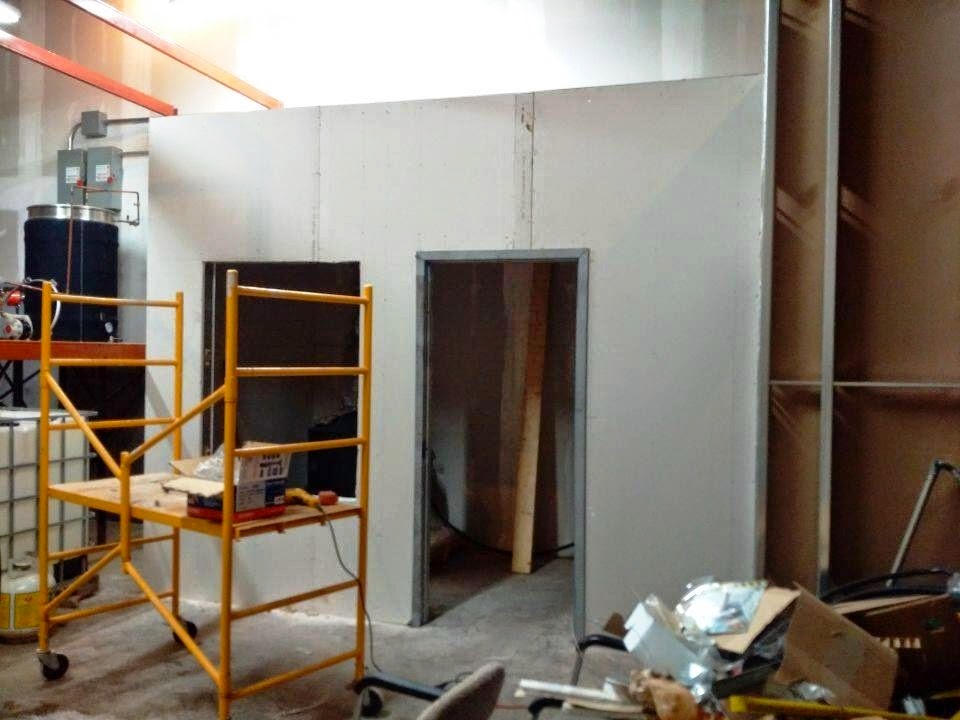 Slowly, the distillery is taking shape. Pictures of dry wall, equipment arriving and messages of meeting with lawyers or town councils are what is being shared on social media. Don purchased and has installed a small still with a simple yet effective system. 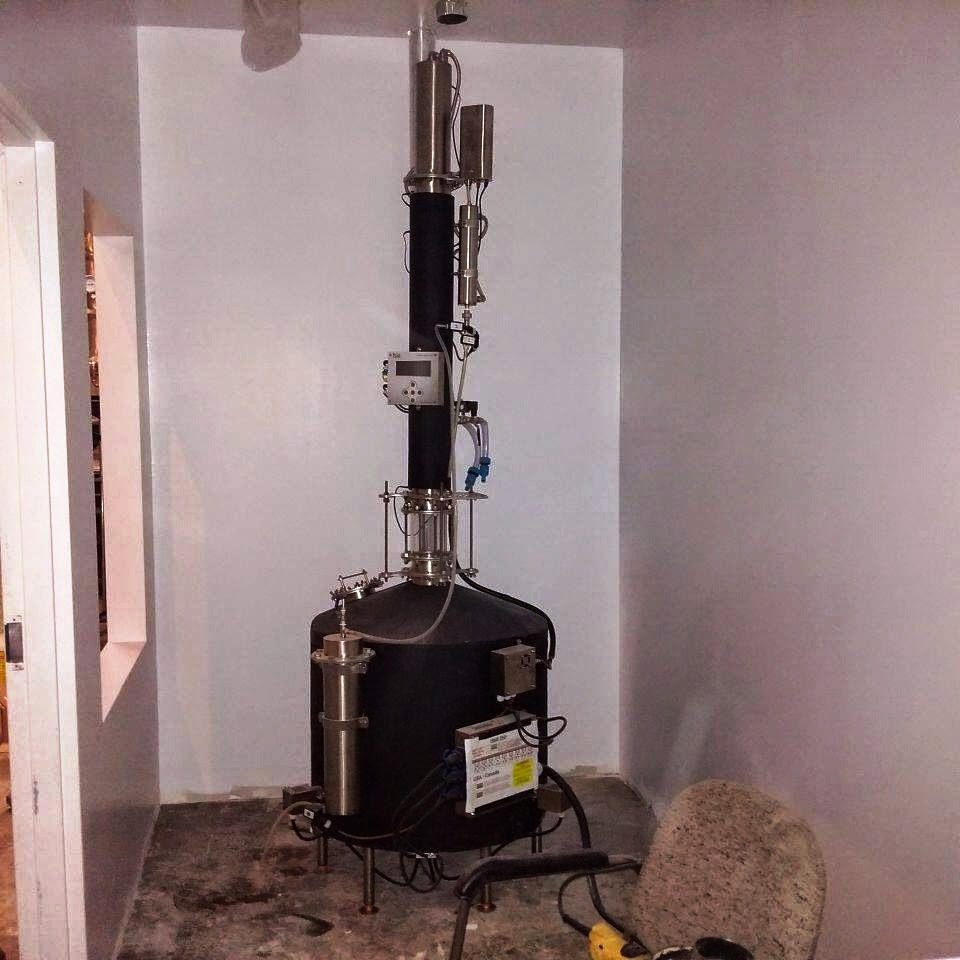 It’s a European manufactured product called the iStill which provides a turn-key system that is completely automated which leaves little room for error. Working with a 250L capacity means the distillery will approximately produce 3,000 bottles per year which fits into Don’s hectic lifestyle since he still works full time. Just as recent as March 3rd, the still didn’t pass code so he’s now working yet again to come up with his next plan of attack to move this forward.

Sidelined for now but once he can distill, he wants to make single malt then age it in ex-Jack Daniels and Heaven Hill Bourbon Barrels. Like many other distillers he’s also looking into different aging regiments such as using virgin oak or other first fill barrels but the truly exciting and intriguing part of his plan is that he will be the first in Canada to craft Aguardiente Spirits. Don explained to Gary that his recipe is based on the Portuguese version which is crafted from grape skins and usually kept un-aged. The resulting spirit is brought to family feasts and sits under an open grated grill. On top of the grate a coil of Chorizo is placed over the spirit and a small flaming apparatus kept under the sausage chars and singes the sausage coil resulting in melting paprika scented pork fat to drop into the spirit below, effectively gracing it with some lively flavours.

Although the distillery is not yet operational due to the inevitable onslaught of “last straws” needed to seal the deal, Don is hopeful he can deliver some exciting and intriguing products soon. Matter of fact when Gary asked him when he planned the distillations to start taking place, Don replied January. We thought that it was awesome that he would be producing his first whisky in less than a year but then we realized he meant January 2015. Ugh!

I learned many years ago that brick walls are not meant to keep you from reaching your goals and as Don DiMonte keeps proving they are there to show you how much you are willing to work through all the last straws to get what you really want out of life.
There is a huge part of the story that has yet to be told but what we want to do is bring attention to a distillery that is yet to start production. Now do you hear the music played by a band that does not exist?

So maestro keep writing the sheet music on the blank pages and at some point many of us will get to hear the symphonies you are about to write because we can’t wait to listen to beautiful songs you will eventually create. There is only one way to find out and that's if you keep crashing through the barriers Don...

Big thank you to Gary for taking the time to interview Don and providing much of the information and inspiration contained in this piece.

Feel free to check Gary out, Canadian Whisky Enthusiast at:

Lassie
Posted by Whisky Lassie at 11:58 AM