"On many long journeys have I gone. And waited, too, for others to return from journeys of their own. Some return; some are broken; some come back so different only their names remain"  Yoda

It's always fascinating to me where inspiration can come from when I'm thinking about how to write my latest blog. How ideas come together in my head, images of what I want to emphasize or what I think will be interesting to read. If people will "get it" in the end... I get silly sometimes as I'm writing, reading, editing and I think to myself: "MAN! This is good stuff!!!"  But I digress...

This writer was one of the first on twitter to follow me, offer advice and talk whisky with me. He decided at one point to interview me for one of his blogs in July 2012 and it pretty much changed everything.

I didn't realize at the time how much of an impact that article would have not only on me but the rest of the whisky world we embrace. First of all he compared me to a Mackmyra which I thought very appropriate at that time! I did see myself as fresh, new and innovative (I'm entitled to my opinions, hehe) But second of all, it's where the term #whiskyfabric was first coined and what it meant to me was discussed. I wish I could remember what his exact question was but I know I described the whiskyfabric as a huge community that was interlocked and binded in a way that no matter where you were or what you did (writer, blender, mashman, blogger, ambassador, newbie, etc) you "fit" and there was a place for you there. The "fabric" welcomes everyone with open arms, we help each other, we educate/share and lift each other when needed.It is truly one of the most amazing groups I've ever encountered and been lucky to be a part of. The hashtag #whiskyfabric is used the world over and I've been blessed to have met many of the "weavers" over the last 3 years.

So as stated, I digressed, sorry... My inspiration to write about this guy came as a result of looking at the list of people I had contacted for this series. This person has been involved in the whisky world for years but recently published a whisky related book using Kickstarter (and I'll note #whiskyfabric, me included, kicked in $$$ to see it come to fruition) entitled:  Manly Lies and Whisky Truths.  It’s a very well written personal awareness/journey of growing up using a trip and life changing experience of working in Scotland as a backdrop and as comparison. Truly, a book I enjoyed reading.

"When I was a little boy, I was tricked into having my first whiskey by a neighbor. Didn’t touch the stuff again for ages. But, the road back to whiskey was an inevitable one. It started with a girl… or rather things ended with a girl… and I needed to do a little tough guy healing. That meant going to late night happy hour at my local college pub and having Seven & 7-Up. Mixed whiskey drinks were as far as I went for the next decade until I was introduced to whisky (note the dropped “e”). This time frame corresponded to my being invited to write about the Whiskies of the World Expo in San Francisco about 10-12 years ago. I was taught to appreciate Scotch by a representative from Bowmore and took to it like a fish to water. I loved the complexity of the drink and how it related to the complexity of life, which opened up a wealth of writing inspiration."

"When I first started out, there were maybe 10-20 people in the world writing exclusively about whisky. The general drinking public had little knowledge of whisky. I enjoyed the camaraderie that existed at the time among those of us who loved whisky. Plus, people within the industry were thrilled people were paying attention to their product. I’d written about wine and that was, at times, a snarky world. Whisky was far more egalitarian, which I respected. Plus, it was wonderful being looked upon as a whisky sage. There are many more people who write or blog about whisky now and some of that wine world “attitude” has crept into the whisky conversation. Part of that has been driven by the ridiculous pricing and shallow adulation drinks company accountants and marketing people had placed upon their products. But, by and large, the people are still good folks. As for why am I still a part of this whisky world, there are now countless people to write the reviews and report the news of whisky. That leaves plenty of room for me to focus on the poetic, esoteric aspects of the water of life."

"I abandoned writing about whisky for magazines to move to Islay and write a book that was inspired by the world of whisky. When I returned to the whisky world three years later, the entire landscape had changed. There were new voices and new perspectives. My secret world was no longer so secret. If I would have aggressively focused on the whisky columnist opportunities that existed, I think there would have been a good chance for me to become one of the best known whisky writers today. Not that I’m so much better than other writers, but I had five years of experience and momentum going for me around 2006, 2007. Little known fact, but I was actually asked by some key people in the publishing industry and whisky industry to start an American magazine focusing exclusively on whisky at the time. I went a different direction. I wouldn’t change anything and am thrilled with the choices I made. But, passing up the chance to launch a magazine in favor of living alone on an island definitely changed the course of my life."

Q4: With your book recently published, care to share what some of your upcoming plans are?

"I really want to focus on selling this book, getting word of the story to a large audience. The whisky community has been tremendously supportive of this venture, even though the part about working at Bruichladdich Distillery is primarily a literary catalyst to propel the reader into the theme: using the whisky maturation process as an analogy to how boys mature into men. I think there’s a lot of room to reach other audiences with this story, so it’s all about marketing, marketing, marketing.

I’ve started to get involved more with local cooking schools here in Los Angeles leading whisky cooking and pairing classes, so I’d like to do more of that. I’d also like to write more about the whisky industry and do some more reviews, but so many other people already do that and do it well, I’m not if that will happen.

Finally, I’ve settled on a theme for my new book. It’s a sequel to the current release. While whisky won’t be the main theme, there very well may be a whisky thread that runs through it. I hope to start writing that next spring."

"Apple!!! Put all your allowance money into Apple!!!" 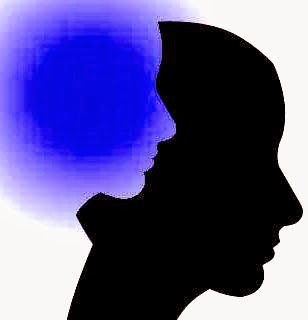 What propels people to write?  Where do the words come from? In my case I often feel it's a little voice in my head that simply tells me what to type. I go into "auto pilot" or "drone" mode. I can hear the keyboard keys being hit and I watch the words magically appear on the screen. It's all very surreal. I wonder if that's why it comes easier to some then others, and then again maybe that's why not all of us can write?

As I sat in New York city in October of this year at the St Andrew's Bar on West 46th I looked around the table at the likes of Dave Broom, Lew Bryson, Davin de Kergommeaux, John Hansell, Gavin Smith and Dominic Roskrow just to name a few; it dawned on me that I was the youngest sitting there. These "giants" all in their 50's & 60's with a breadth of experience combined equalling 150 years +... I sat, in awe, several times almost experiencing giddiness. The reality is they can't write forever? So what happens in the next 10-15 years? Who becomes the next generation of whisky writers...? Again, in my opinion Rob is certainly a front runner and I’m sure there will be more but the question becomes who?

There is nothing more I can say, but I will include one last photo.  It’s the inside cover of the book and I thank Rob personally for reminding me every time I open it, how important the fabric is.

Lassie
Posted by Whisky Lassie at 9:52 AM