So.... let me set the "mood" for this one, hehehe! People who have met me will tell you I'm a bit of an off the wall, hyped up on life passionate whisky aficionado. They will also mention that I have a big heart and love, did I mention LOVE sharing whisky experiences with anyone who is crazy enough to befriend me.

Maryse (@bergamot63 -> twitter) & I became virtual friends and then met in real life. I liked her from day one mostly because we have similar personalities, we are roughly the same age, at the same points in our lives AND I think she's a little bit crazy like I am. LOL! (I'm not big on hanging out with boring people) When it comes to whisky: I deeply respect her opinions, palate and nose.

I've watched Maryse grow so much in the last year, taking on bigger roles in her hometown's whisky society, getting involved and trusting that her palate/nose are really great at getting the more subtle profiles of some of the whiskies we have enjoyed. I was happy when she agreed to join Dan Davies (@Whisky_Yak) and me for a head to head to head of three Canadian Whiskies that are 21 years old.

I mean after all, we are three Canadians all from different provinces, at different places in our journeys and we all enjoy the whiskies that come from our vast and lovely country. So a few emails later and here we are, ready to let everyone know what we thought of the three whiskies we chose: Century Reserve 21, Collingwood 21 and Danfield's 21.

First up, in no particular order and as promised is my lovely friend Maryse's guest blog: 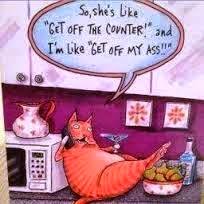 This is me always struggling to verbalize or put down on paper my thoughts about the whiskies I sample. For one who is rarely at a loss for words, I have difficulty expressing/describing the sensations brought on by what I am drinking.

So why have I agreed to do this? Why have I sat here, in my living room, getting my knickers in a bunch, trying to make a bit of sense and not sounding too much like a big ignorantamus? And, to top it off, in a language that is not mine? 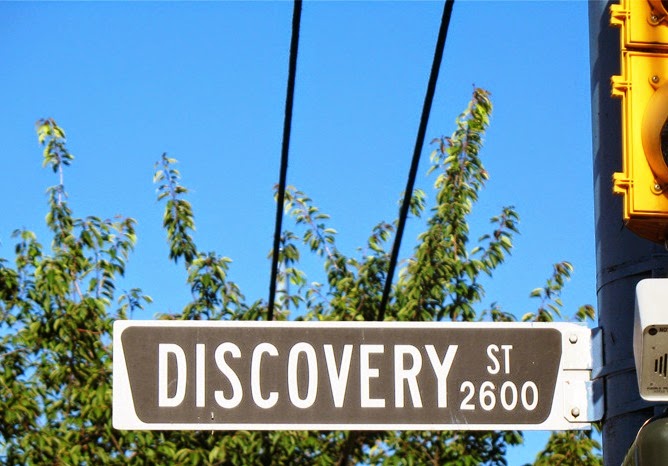 Because I am on a road to discovery, a learning path that I hope will take me beyond the simple act of putting whisky in my mouth, swallowing it and saying “Dang! That's good!!” If I want to encourage and help other people enjoy whisky, I need to learn to talk about it... intelligently. I know it takes time and practice... which I have not had a lot of (add to that the fact that I am not very studious and rather lazy)... and yet here I am, playing with big boys and girls and squatting Whiskylassie's blog... Sheesh, what was I thinking! Well, you know how it is with us girls; we just want to have fun! This is hard! Hard but fun, hard fun!

So this is me throwing myself in the pool and doing the doggy paddle, trying to learn to swim! Knowing I would face a few other difficulties, I saved myself the trouble of deciding which whisky to taste first and why... Hurray for alphabetical order! :-p 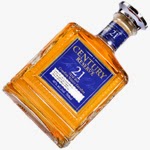 I first tasted this whisky a bit more than I year ago and I remember not being very impressed by it... but I was still very new to the whisky universe and even more so to the Canadian whisky world. When it arrived at SAQ a couple of weeks ago, I seized the opportunity to buy it and taste it again and see where it would take me...)

I found this whisky very difficult to nose... at first, I got nothing, NOTHING!! Then came a bit of citrus but I could not get the “sweetness” I knew I was supposed to get from the corn. As I let it sit there for about ten minutes, I found it lost a lot of its kick. This did not bode well. On the palate I got a lot of cinnamon and some pepper. Because it is a corn whisky I was expecting a creamy taste, a roundness I could not perceive. All I could get was the sensation one gets when eating a mouthful of those little valentine cinnamon hearts. The finish was somewhat long... and peppery.

I just had enough left to add a drop of water, expecting it to collapse... I was wrong... after adding a drop of water, first honey and then a bit of toffee came through... much better... And I got the creaminess I was expecting before but still the cinnamon felt very strong. The finish was still long and peppery but with roundness I could not find at the beginning.

To me this is a very frustrating whisky. I like whiskies with bold flavors and a lot of attitude. This one is most probably too subtle for my beginner's palate. I do not hate it but it is not among my favorites. Maybe it will grow on me in time... or maybe not...

This little exercise is another proof I should not, ever, trust my first impressions of a whisky! When I first read about this one, I wanted it, really wanted it. A rye whisky, smoothed with maple staves? How perfect that sounded! I wanted it and I wanted to love it and waited for it with almost baited breath...

When I finally poured my first glass, I was like a kid on Christmas Eve! My disappointment was as big as my expectations... I hated it! I was so sad... but knew better... I put the bottle away for another time...

Tonight, it opened up to me and shared with me some of the secrets it had withheld on the previous tasting. On the nose, I got a warm, flowery smell with shy bits of caramel. On the palate it was very spicy, yet creamy and thick. After adding water I got whiffs of raisins and weird yet intriguing smells of creamy cola. It tasted very fruity and the empty glass is bursting with a warm caramel spread smell.

I am so happy to be reconciled with this one; I am going to pour myself another dram! I will have to go easy as this was a one-time bottling and once empty, it can never be replaced... how sad...

This Canadian whisky holds a special place in my collection and in my heart. Last year a very sweet Lassie, who barely knew me, asked me if I wanted to participate in a Twitter tasting of Canadian whiskies. Four whiskies tasted and discussed on a weekly basis... how intriguing! I had missed the first week but still got all four samples and met weekly and shared (although not much) with a new entity in my life known as the #whiskyfabric. This whisky sure was a game changer...

I never drink a sample bottle in one sitting, well, almost never. Danfield's was one of the four bottles in this little experiment and not only did I drink it all in one sitting but it sealed the deal between me and Canadian whisky (actually, both Danfield's and Forty Creek's Portwood Reserve did). From then on, I wanted to try more, buy more and most of all know more. When I open the bottle, the nose is, to me, very reminiscent of bourbon. When poured in the glass, I get a very fruity but not too sweet and somewhat dry smell that has nothing to do with the smell that pops from the bottle... How odd is that?! After it has been sitting for a little while apple and a bit of caramel come through. With the addition of a drop of water I get a bit of citrus.

The palate is spicy, warm and slightly buttery with a faint taste of citrus at the end. Water makes it creamier but also more peppery. After the pepper goes away, it leaves a faint toffee taste in your mouth. This is a very special whisky for special occasions.

To me this whisky feels luxurious and rare... well; it actually is in these parts... Before LCBO stopped carrying it, I managed to squirrel away a couple of bottles... phew!"

So there you have it... Maryse's take on three lovely Canadian whiskies that we decided were worth a head to head to head comparison. Look forward to seeing what Dan thought... His blog is next!

Huge thank you for taking a step off the cliff and diving in Maryse. Putting thoughts to paper is not as easy as it seems and you did it like a pro! Dog paddle my ass!  hehehe....

Lassie
Posted by Whisky Lassie at 9:59 AM