"There is a book called the 101 whiskies to try before you die?" I asked my friend Dave Worthington on a Skype call last year.  "Yah, for sure.  It's brilliant", he replied and so began my journey into the world of Ian Buxton. I've heard many people talk about their quest to try the 101 whiskies he recommends.  Not a feat that is difficult to do as most of them are readily available all over the world & I've even helped a few people with the Canadian whiskies Ian recommends.

The truth of the matter lies in the fact that I had never really heard of Ian Buxton before my conversation with Dave last year.  Actually, I had read a lot of his articles in Whisky Magazine so what I should say is I had no idea he was such a great author.  Fellow bloggers "For Whiskey Lovers" did a small piece about him that sheds light on his many accomplishments:

What I enjoy the most about Ian's style of writing is that he writes for the everyday guy/girl which in my opinion is why most of us can relate to him. He preaches to the choir:  Don't invest, drink and enjoy now!  I respect that deeply because whisky is meant to be enjoyed, not just sit and gather dust. 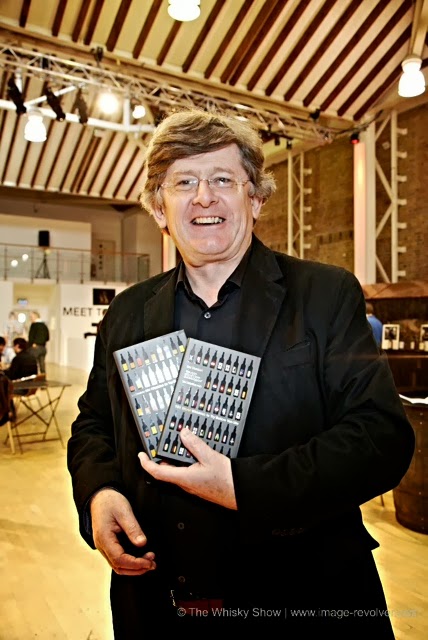 Thank you for doing this with me Ian, I appreciate it immensely.

"By accident; like most things in life! I had helped Whisky Magazine (in a very small way) get started in the UK. Shortly after it launched they asked my opinion on something; published a piece and then asked for more. A few years ago I ran down my consultancy practice (though I still do some strategy and NPD work with various brands) in order to concentrate on writing. I’m not sure what I will be when I grow up, a rather depressing prospect that always seems to be around the corner and which I try to avoid thinking about."

"I’m not really sure what else I would do. This is perfectly agreeable and I appear to have survived for the past 20 years or so without selling my children into slavery."

"None.  At least none that come to mind. My wife might disagree."

Q4:  You are working on some interesting projects, care to share what some of your upcoming plans are?

I was always very pleased to have helped re-publish Aeneas MacDonald’s Whisky and flattered that – just the other day – someone noticed and blogged about it.  Now that was an important book. Unfortunately, the man who wrote it, is dead.  However, what's next for me is to get through to Christmas and then take a short break. There is a new book due out later this year (The Science & Commerce of Whisky, co-authored with Professor Paul Hughes and published by the Royal Society of Chemistry.  I had held a whisky tasting at their Annual Conference in Glasgow in 2009 which went well and they asked me for a book. I realized I couldn’t possibly attempt the scientific side of this so I asked Paul, who is Director of the Heriot Watt University International Centre for Brewing & Distilling (Edinburgh), if he would collaborate. In a moment of weakness he agreed.  It will be published in November – details here.  It’s quite technical but could be of some interest to the new wave of craft distillers."

"Big company ‘careers’ are not all they are cracked up to be and this above all:


To thine ownself be true. ~ Shakespeare

I realize that the #whiskyfabric is a very small niche when it comes to a market for authors.  However, they must be doing something right because the few of us seem to buy the many.  Ian's book is a very popular choice for people just getting into whiskies. It gives them the opportunity to read, learn and branch out into the whiskies of the world not just scotches.  I think that's important for our continued education and willingness to explore.

Thanks Ian for doing this interview with me.  I for one, look forward to your next book with anticipation and excitement. But, then again I'm a whisky geek at heart!

Lassie
Posted by Whisky Lassie at 7:28 AM

Email ThisBlogThis!Share to TwitterShare to FacebookShare to Pinterest
Labels: 101 whiskies to try before you die, Ian Buxton, Living Room Whisky T-shirt, the science and commerce of whisky, Whisky Writers, Whiskylassie