Everything has as an end. 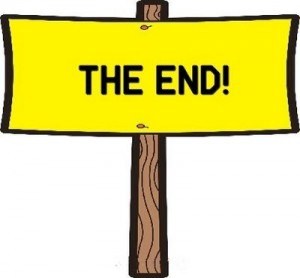 Originally when I started blogging in March of 2012 it was with the intention that my partner Graham and I would do it together. It was supposed to be another wonderful, crazy adventure we were embarking on as a couple who shares many passions.  Our blog was simple, fun and most of all we did it together. But then like everything in life, things changed.  My passion for writing propelled me forward and I wrote almost weekly whereas Graham often started with a great blogging idea but in the end felt it was "flat" or didn't quite meet his expectations.  "Our" blog pretty much became mine.  Perfect whisky match didn't seem like a befitting name for a one woman show so the wind got quickly knocked out my sails too.
I wanted to keep writing and sharing my stories but how do you tell the guy you live with, love and share everything with it was time to call it quits with regards to the whisky blog?  In theory I could recite the whole speech in my head but every time I tried to speak the words I would end up with a big ball of mozzarella in the pit of my stomach. I finally mustered the courage to talk to him about it.  It wasn't easy to say and it definitely wasn't easy to hear.  In the end, he agreed that writing about whisky was simply not a strength of his and that "keeping" up with me was very stressful.  At least, that's what I think I got out of the conversation?

With the difficult conversation behind me, I began to work on branding myself:  Whiskylassie.  I found this quite difficult at times.  It was hard not to feel like I was somehow abandoning Graham and moving into a new direction alone.  There are hundreds if not thousands of bloggers out there so what would I, Whiskylassie, have to offer to an already saturated blogging community.  Me, sitting in Saint John, NB Canada or as my friend Josh says:  The end of the world, only reachable by car.
Trying to think of the positives or the "added values" that I would bring to the #whiskyfabric began to bog me down.  There are plenty of people out there doing this, so why should I add my two cents worth?  I often sat at the computer and repeatedly watched the cursor blink for at least 15 minutes... nothing would come to mind.  Total writer's block?!  F#@^!!  This went on for weeks.  I couldn't think of anything that was "worth" saying...  until today.

A very good friend reminded me that my writing style is quite unique (well aren't we all, I retorted).  "No, he replied... there are plenty of people out there writing tasting notes but you weave a story with every blog post.  You invite us into your life and I for one find myself sitting beside you when you are staring at a moose face to face (true story) or when you are walking around a whisky event.  Your posts have life intertwined within the words, the whiskies and your discoveries.  You are honest in a straight forward and no nonsense sort of way.  You lift others up to the limelight and you have so much fun.  I don't know any other writer who does all of those things right now, do you?"  I thought about what he said.  Yeah, I blog but it truly is about more than what I nose/taste in a whisky.  It's about the people I meet, the crazy places I end up in and about the experiences of a Whiskylassie finding her way around this thing we have called the "Fabric".  Whisky has changed my life and pushed me in directions I would have never thought possible (even 2 years ago...) and here I am now, ready again, to embark on the next chapter even if with a bit of sadness with regards to leaving Perfect Whisky Match behind.

So, here I go.  Grab a coat tail and hang on.  Some, no... most of my adventures will be filled with laughter, some seriousness but mostly they will be about a woman learning to make her way on this thing she calls the whisky trail.  Join me if you will.

It's a bit of a work in progress, and I'll get there.  In the meantime: