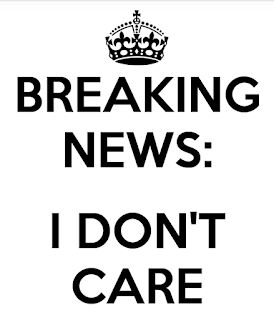 I don't care....  I really don't anymore. So what, he wrote a book that has a bunch of whisky stuff in it and he always scores his whiskies 10 points higher than he should. Live and let live I always say. The man sells books, it's what he does for a living. But I can't... I just can't anymore. Something stinks about this one, and it's not the fish n' chips I had on the weekend.

Honestly I know when you are a complete newbie you don't want to plunk down $100 on a bottle of whisky when you feel like you don't have a freaking clue what the hell you are doing so why wouldn't you put down your $20 for a book called the whisky bible written by someone who calls himself a whisky expert. The cover itself will tell you: "Jim Murray's Whisky Bible is the world's leading whisky guide". Says who? There is no quote from someone attached to that? You have no idea he's a self professed whisky genius. You only know that his opinion is the only one in a population of 7.3 billion people on this huge earth that matters... Because, when you are new you believe fully what you see/read and you have to start somewhere.

On average I know 10-12 people who started that way. They paid attention to every score, every tasting note and purchased many of their bottles accordingly. I made it a point before I wrote this piece to ask them if they still used the whisky bible now.... All 11 that I asked said no and they hadn't bought one for years, one joked it's in his bathroom in case he runs out of toilet paper.

In 2013 while I attended the Canadian Whisky Awards in Victoria BC, Jim Murray was there leading a sold out tasting as well as master class. He didn't hang out with the rest of us after hours like John Glaser, Iain McCallum or Mark Gillespie did. He only made appearance if he was paid to. Again, I may not agree with that but understand. He is, after all, the Mick Jagger of whisky (not my definition... I assure you)

SO here is what is really bothering me.... On that Saturday between masterclasses, some of the Canadian Whisky Awards judges and John Hall were brought upstairs to the penthouse (where his suite was I assume) and we were asked to wait in the hallway. John Hall (Forty Creek Whisky) was to go in first and have a few publicity photos taken with him and then if he had time, some of the judges would get to meet him. Well, we waited in the hallway for 25 minutes until finally someone knocked on the door, went in and it didn't take long for them to come out apologizing profusely to Mr. Hall stating Murray would not be taking any publicity photos or meeting any of the judges.

I didn't ask any questions because a few of the organizers had mortified looks on their faces and spent the rest of the day at my masterclasses. About 20 minutes before the main event was slated to start, Murray was in the lobby and making his way through the crowd when one of the organizers took the time to stop and introduce me and a few others to him. He held out his hand for me to shake it and spoke directly to my chest. I don't think he knew I actually had a face. But seriously... that part albeit creepy is not what bothers me because I had been warned he often said and did inappropriate things amongst the women at shows and in his classes. (Warned ahead of time.... how sad is that)

Later though, when I had the chance to talk to a few people about the situation on the top floor it came to light (and I realize this is third party information I am about to share) that Murray refused to have any photos taken with Mr. Hall because Canadian whisky was utter shite and the only decent thing ever to come out of Canada was Alberta Premium Rye...

Can some people have a change of heart? Certainly... I personally have written about the fact that I previously would often refuse to even try any Crown Royal bottlings as a result of a predetermined opinion that their entry level was crap so the rest of it must be crap too.

BUT... then again, I don't sell thousands of books do I?

And I think I'd like to do a little math problem here for your benefit. So, the 2016 bible boasts that it has 4500 whiskies tasted (doesn't say personally analyzed by him, btw) of which 1000 are new for this edition. Let's consider the following:

1000 whiskies, 365 days if we start on January 1... Let's not count weekends so 365 - 104 = 261. Let's also remove book signings, whisky show appearances or travel time. I will guestimate low and say he travels 10 weeks a year (since there are less countries or whisky shows that allow him entry anymore). 261 - 50 = 211 days left. I'm sure the man takes holidays and must celebrate Christmas or some other pagan ritual? So again, let's be modest and say 4 weeks. 211 - 20 = 191. The man must get sick from time to time or have other miscellaneous days to himself to do laundry and mow his grass or something? Let's subtract another three weeks. 191 - 15 = 176. Now his whiskies of 2016 preview was announced the 3rd week of November plus it appears I can buy the book now on line so that means it had to have gone to publisher before the end of October at least (give or take a few days)... So that's another 9 weeks (45 days) removed from the tasting schedule...

Is that doable, absolutely... but doesn't it make you wonder even if for just a few seconds how much time he actually spends with each whisky? Does he review them once? Does he have a team to help? Does he even review them? 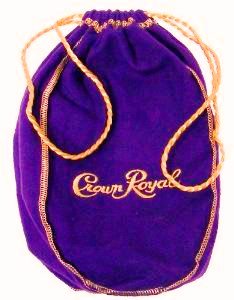 So back to his supposed hatred for rubbish Canadian whisky... Could be some truth to that but he is known to cause controversy on purpose.

How is it possible that a Canadian Whisky which is available in Canada, USA and the UK suddenly becomes his top pick for 2016? If you take the time to read anything on social media and/or newspapers there are plenty of speculations that Jim went home with a few Crown Royal Purple bags filled with money? There are others who say he's trying to get back into favour with Diageo...  Me personally... Again I don't know and frankly I don't care.

So here is what I do know:

A) Jim Murray is the creepiest and rudest person I have ever met in my whisky world.

B) The average consumer will clamber, stand in line or pay way too much to buy the magical "near perfection" rated whisky of the year (which I and many others have rated somewhere between 80-85) and be disappointed.

C) The whisky world will continue to revolve around this one man's opinion because nobody will speak out/hear about the atrocities he commits or the people he belittles and humiliates... why?  BECAUSE IT MAKES MONEY for everyone: Whisky shows, whisky sellers and Mr. Murray himself!

Example of his "guidelines", not all are bad but some are just ridiculous...
http://www.whiskybible.com/Whisky_Tasting_Guidlines.pdf

D) I am left tipping my hat to the biggest bunch of hypocrites on both sides rolling in the money as a result of one person's opinion about a whisky he may have spent less than 30 minutes with, if he even spent any time with it at all. 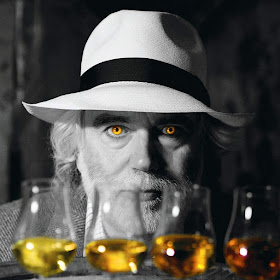